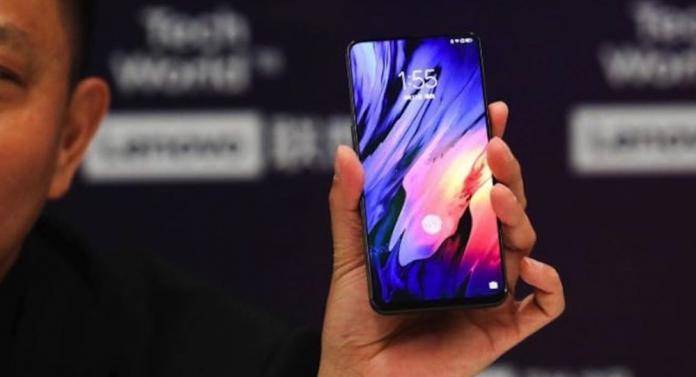 Lenovo is joining the band of OEMs launching new smartphones this coming October. No, it won’t be the foldable phone yet but rather just a better version of the Lenovo Z5 that rolled out in June. Some people were disappointed with the Z5 but it seems Lenovo wants to make it up to us by releasing the Lenovo Z5 Pro. We were expecting a notch-less phone but when it was revealed, the notch was there and with a significant chin.

The next Lenovo Z5 still sold in China. It’s getting a follow-up now in the form of the Lenovo Z5 Pro. We’re assuming this one will finally be bezel-less and notch-less plus a higher screen-to-body ratio.

The Lenovo Z5 Pro may also feature an on-screen fingerprint sensor plus a pop-up selfie camera similar to the Oppo Find X and the Vivo NEX S. Such feature will make the notch-less screen possible.

Lenovo exec Liu Jun showed off the Lenovo Z5 Pro at the recent Tech World 2018 event in China. The official launch will be on October 11, the same day as Samsung’s ‘A Galaxy Event’.

No word on other specs and features plus availability and pricing but we’re hoping the smartphone will be released in the market just before 2018 ends.