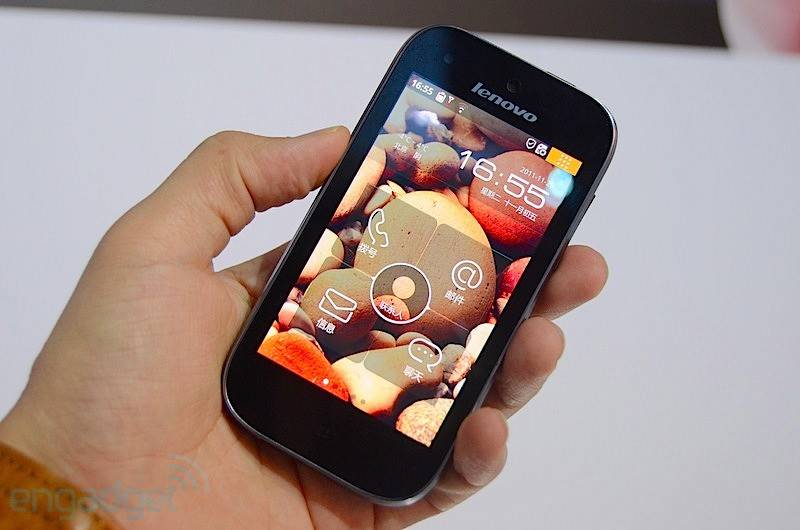 China’s getting a lot of Android attention these days, and among its home-grown manufacturers no one’s treating them better than Lenovo. Engadget spotted the latest entry in latest entry in le smartphone line, the LePhone S760, a mid-range Gingerbread device with at least one distinguishing feature. The 3.7-inch screen uses an AMOLED panel, still relatively novel in the Chinese market.

As far as hardware goes, the phone has a 1Ghz processor and 512MB of RAM, making it roughly the equal of the original Nexus One or DROID Incredible. That’s still plenty of power to handle Android 2.3.5, and should keep the off-contract price nice and low. You can spot front and rear cameras in the trade show photos. Since it’s running a pretty heavily modified version of Android and Lenovo’s shown no hesitance to stray from the safe and happy pastures of Google in the past, we’re pretty sure this one won’t have the Android Market or its associate Google apps.

Like all of Lenovo’s smartphone offerings thus far, don’t expect this one to show up in the US, though Chinese buyers can get one before the end of the year. The company’s 5, 7 and 10-inch LePad tablets from earlier today have a much better chance of crossing the Pacific, and the Tegra 3-powered 1080p monster the IdeaPad K2 tablet is almost certain to show up in the US eventually. So why not smartphone love for Americans, Lenovo? We’re good enough for your laptops, after all.