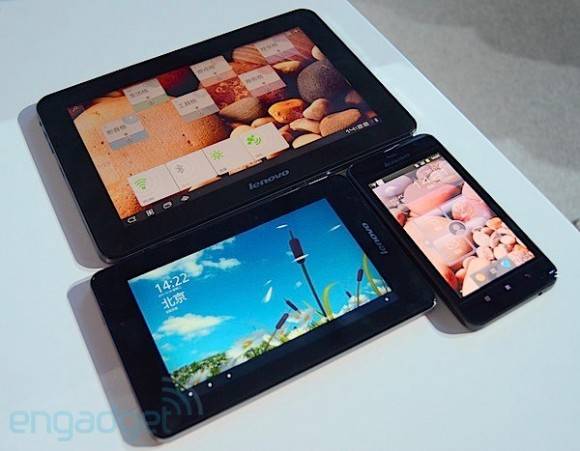 If you are a Lenovo fan that has been looking forward to some new gear, the company has gone official with new products today. There are three new items including the a 5-inch LePad/IdeaTab S2005 tablet/phone. Along with that tablet phone is also a pair of new tablets with a 7-inch offering and a 10.1-inch version. The tablets are called the LePad S2007 and the LePad S2010 and will hit China in December reports Engadget Chinese.

The tablets have decent specs with a 1.5GHz Qualcomm dual-core processor, 1GB of RAM, and the screen is said to be IPS with 1280 x 800 resolution. Other hardware on the tablet includes an 8MP main camera on the back and a 1.3MP front camera. It also has 3G support with China Unicom network. The S2007 has a 3,780 mAh battery and the S2010 has a 7,670 mAh battery.

The S2007 has a battery will last for up to eight hours and the S2010 has a battery good for up to 11 hours of use. The LePad S2005 rocks a 5-inch 800 x 480 LTPs screen with 178-degree viewing angles. That screen resolution leaves a lot to be desired. The operating system is Android 2.3.5. It has a 1.2GHz dual-core processor with 1GB of RAM, 5MP rear camera, and a 1.3MP front camera. There is no pricing announced at this time. A new Lenovo tablet hit the FCC in the US recently with Tegra 2 onboard.