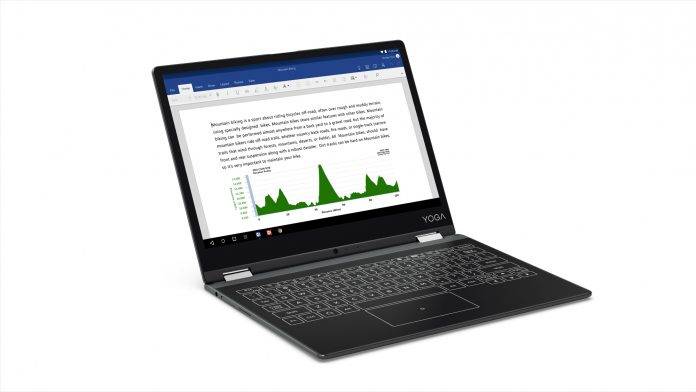 Lenovo recently released new 12.2-inch Yoga Book on Amazon earlier last month. The bigger but more affordable tablet is then followed by the Lenovo Tab3 8 Plus being leaked. We’re still expecting that one at the upcoming MWC 2017. And today we’re seeing this new Android tablet officially called as the Yoga A12. As with any other Yoga Books, this one can be categorized as a convertible.

The hybrid Android tablet is only $299– perfect for those looking for another affordable gadget that can be used for personal computing and even work. The Yoga A12 was designed as a result of getting feedback from numerous of users from all over the world about their individual needs. Mainly, the suggestions were from those in the emerging markets who need their smartphones, tablets, and personal computers.

The Yoga A12 is super light and thin at less than one kilogram and only 5.4mm. You can use it anywhere with you. Specs include a 12.2-inch HD screen, Intel Atom x5 processor, 2GB RAM, 32GB onboard storage, two Dolby Atmos speakers, and a Halo keyboard. The keyboard is actually touchscreen. It’s flat and comes wit built-in artificial learning and prediction software so it gets “smarter” as you type. It learns your habits and language through time so it can predict what you may want to say in the future so typing is faster.

This Yoga Book still comes with the 360-degree Yoga hinge so you can use any of the four modes depending on how you want to use the device. The 13-hour battery life is good enough for a full work day’s use.

Yoga A12 comes in either Rose Gold or Gunmetal Grey. You can get one beginning this February 8, Wednesday, directly from lenovo.com.