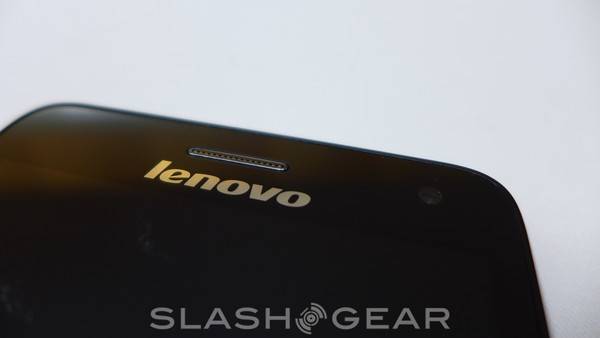 Lenovo has made headlines recently for their various acquisitions. After purchasing Motorola, much of the world wondered what Lenovo was doing snapping up a mobile OEM. They’re a PC maker, right? They are, but they’re also a great mobile device OEM in their own right.

At MWC this year, we had the pleasure of checking out their lineup. We will admit that being centered in the US, Lenovo is largely off our radar. That’s going to change, though, because their offerings are just plain great. Top to bottom, they bring something to the table we were happy to see.

Lenovo’s Yoga Tablet update brings a fresh new screen and updated internals. Their true HD screen was an absolute joy, and a snappier SoC brings the Yoga to tablet prominence. While we typically want a form factor update with our tablets, Lenovo’s Yoga is a strange exception to the rule. Though the bulbous side where the battery lies in wait seems out of place, we challenge you to pick it up. 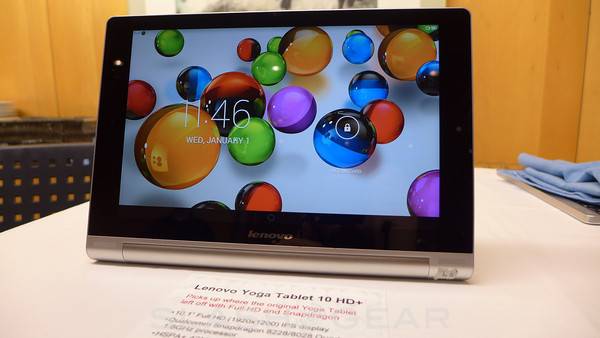 The device is light, and the more you use the Yoga tablet, the more you realize that little roll on the side is really effective. It makes the tablet comfy in the hand, and a larger battery offering longer life is always welcome. It also hides a stand, which is pretty clever.

While none of their smartphones will set any standards, or challenge the top-end of their respective segments, they serve a more important purpose. The smartphones on offer from Lenovo are appropriately built and designed, and priced accordingly. They don’t have a Snapdragon 801, and none offer 20MP cameras, but they have a better chance of finding their way into more hands than those devices do. 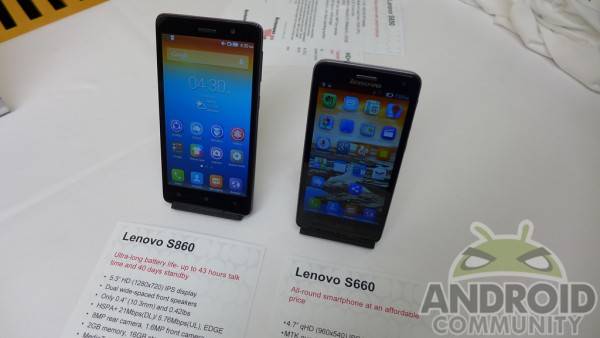 In a lot of ways, the lineup from Lenovo reminds us of the DROID devices. The S660 is a comfortable mid-range device, with a brushed metal design that looks a lot sharper than others in its class. A 4.7-inch 960 x 540 screen is adequate, as are the cameras on the S660. The $229 price is going to turn a lot of heds, too.

The S860 is built to last. Not rubber or steel, the S860’s battery lasts a long time. Lenovo says this one will get you 40 days of standby, and up to 43 hours talk. We encourage you to not tell your mom when you buy this one, because she’ll never let you off the phone. The “my phone is dying” excuse is dead and gone. A 5.3-inch 1280 x 720 display is nice, and the 8MP/1.6MP camera arrangement is just fine with us. We found the 1.3GHz processor to be surprisingly snappy, and 2GB RAM backing it up doesn’t hurt. 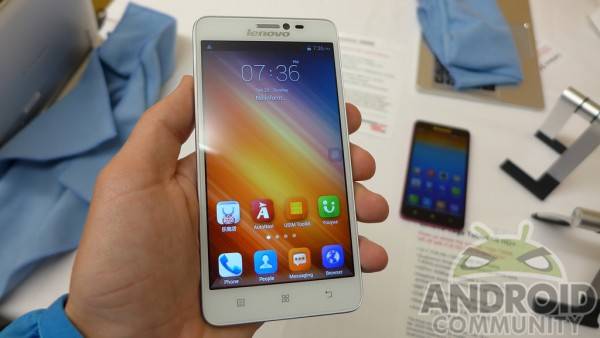 The class leader here is definitely the S850, which offers the best all-around performance of the three. The same processor from the S860 is there, but it gets a bump to a 5MP/13MP camera ensemble. The all glass body was comfy and classy, while the light-up Lenovo branding was actually pretty neat. The 5-inch display packs a 1280 x 720 punch, and as we noted in our hands-on — we’d like a bit more time with it, which is not something we say about every phone we run into.

Between these two choices, and Lenovo’s DOit app suite, there is more than meets the eye. The new apps from Lenovo bring a few special touches to these handsets, with things like security and photo editing in mind. We find this with toher OEMs, too, but Lenovo has taken a much more low-key approach. We like a little subdued class with our Android, thank you very much. 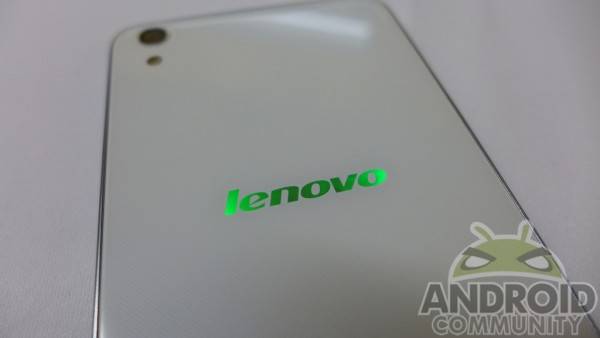 We like these handsets not because they’re top-end powerhouses, but because they’re the opposite of that. Lenovo’s aim is the average consumer, not the spec-hungry geeks among us. Devices like a Sony Xperia Z2 have their place, but they leave a massive void Lenovo is happily occupying. All of these devices are more than adequate, and offer quite a bit for the average consumer.

They’re also priced right. None of the smartphones listed are above $349, and that’s a big plus. As we edge away from blind carrier subsidies, cost is fast becoming something more consumers think about. Between their already popular Motorola handsets, and these new offerings, Lenovo is a name you should keep in mind in 2014.