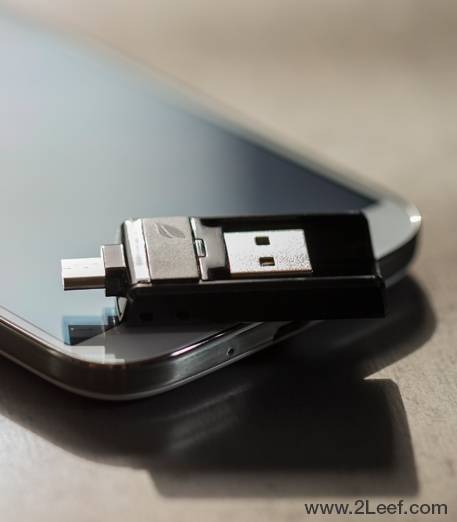 We got a look at the Leef Bridge way back in June. As a reminder, this is a small device that has USB and microUSB ports along with some storage allowing users to move files between a regular computer and smartphone or tablet. And well, we often see products evolve and in this case, the Leef Bridge has hit version 3.0 with a few key improvements.

To begin with, the Leef Bridge now has support for USB 3.0. Details coming from the product announcement show that it should be able to see read speeds of up to 90MB per second. Leef Technology points out how that “ensures slick video and music playback directly from the USB drive, without the interruptions or delays that accompany low-grade USB flash drive products.”

Along with the bump in USB speeds, the Leef Bridge itself has seen some changes. There was mention of how it is now sporting a “smaller, more compact design” as compared to the earlier models. The drive requires Android 4.1 or later, though not every device is supported. The Leef Bridge does require USB On-The-Go (OTG).

Details coming from the Leef Technology website point towards support for smartphones from HTC, LG, Motorola, Samsung and Sony as well as tablets from Samsung, Lenovo, Asus and Pantech. Basically, the Leef Bridge will allow users to carry or transfer some files without worrying about using up precious internal storage on your device.