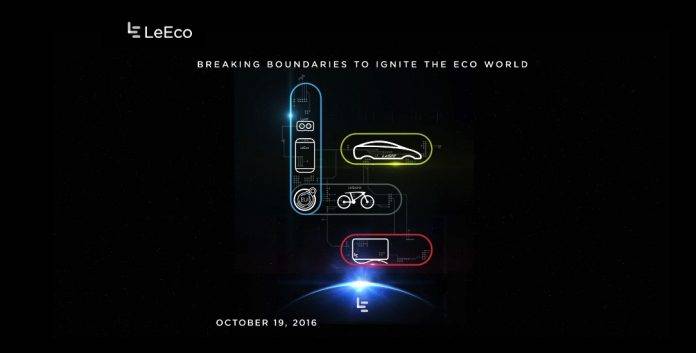 LeEco is set to launch in the United States this coming October. The tech brand has been around since 2014 and went big last year in China. It used to be called LeTV but the company did a rebrand earlier this 2016. We said it’s launching in the US this Fall and it’s happening really soon as press invites are released.

We’ve been invited to the official launch of the company in the US happening in San Francisco this coming October 19. That’s about three weeks from now so they have more time to prepare. We’re expecting more information or teasers will be released, if not leaks.

LeEco is known for smartphones, TVs, and bikes. It’s been competing with the top brands in the world and its entrance to the American market may be the start of its world domination. It’s really promising because the LeEco ecosystem integrates the products, content, and platform together. The result is a more efficient and reliable connected experience for the benefit of more consumers.

In case you didn’t know, LeEco began as streaming service provider in China. The company expanded to hardware and is now exploring electric cars although as a concept only. Its expansion in the US started with 400 employees but now may reach to a thousand.

The launch event will happen in San Francisco at the Innovation Hanger Palace inside the Palace of Fine Arts.