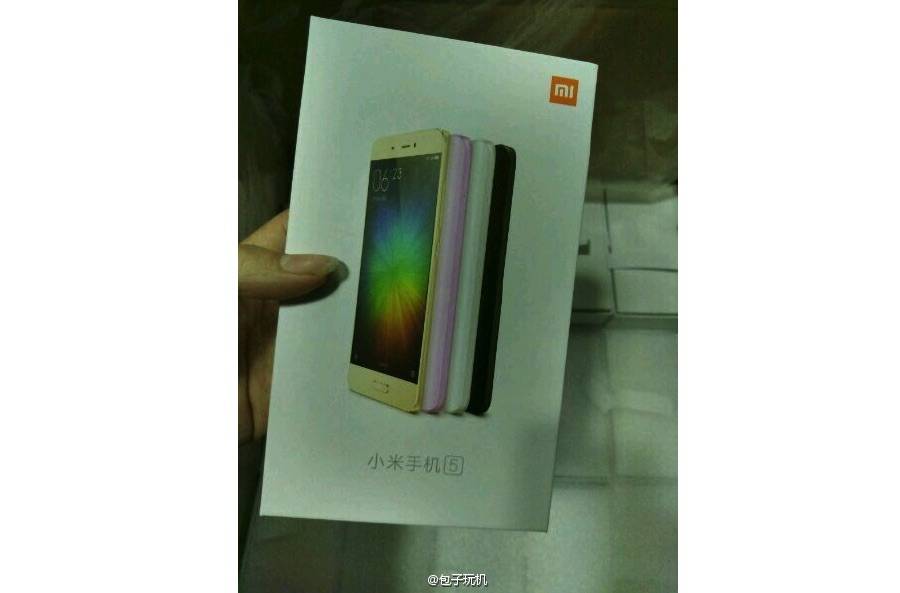 We’re getting close to the Xiaomi Mi 5 launch. We’ve learned a lot about this new smartphone although most of them are unconfirmed rumors and leaks. The last one we noted was the IR blaster and laser focus. Phone was also listed earlier on GearBest in three color options: gold, black, and white. The latest leaked images shared over on Weibo show us the retail packaging of the Xiaomi Mi 5.

The box shows the smartphone in not just three colors but four. There’s gold, black, and white alright plus pink. Note that we already saw a pink version in an earlier leak. The post on Weibo shows several shots of the retail box plus one showing boxes stacked up in what we believe is a factory or warehouse. The Mi 5 seems to be ready for distribution.

The phone is also said to be unveiled officially on February 24 at the Mobile World Congress in Barcelona but the images we’ve been seeing are more than enough to tell us how it would look.

Another image popped up on Weibo–a screenshot of the Mi 5 home screen–giving us an idea that there might be Dual SIM support and NFC capability. The MWC is still a few weeks from know so let’s sit back and relax before the official launch. And oh, expect more rumors and leaks.