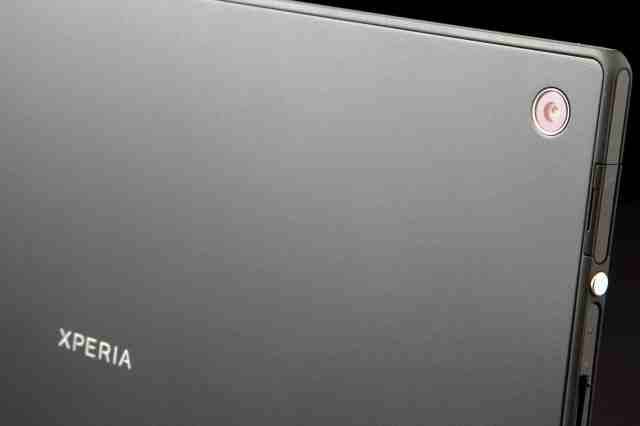 Of course, we can say right off the bat that as with all leaks, it will be difficult to verify if this is indeed true – that is the nature of all leaks. But the purported specs of the Sony Xperia Z4 Tablet Ultra has just leaked and it’s showing us an insanely robust tablet, something that would blow away current competition. But is it in the “too good to be true” category?

Chinese site PadNews has the screen of the new Xperia Z4 Tablet Ultra at 12.9 inches. For comparison, that’s even larger than the Microsoft Surface Pro 3 and Samsung’s biggest Galaxy Pro model. The leak says that it will be a 3840×2400 Triluminos screen, that’s already 4K resolution, but not just. It will have a pixel count higher than the Retina screen of the newest MacBook Pro, and promptly beats most of the 4K laptop screens out there. 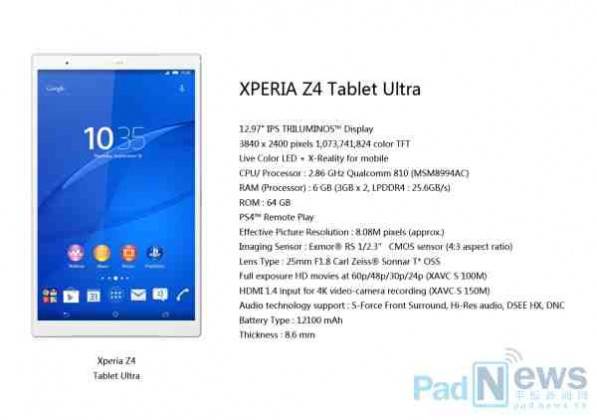 But if you think that the size of the rumored tablet is all there is, you’re in for a ride. It will be powered by an octa-core, 64-bit Qualcomm Snapdragon 810 processor, along with a whopping 6GB of RAM. It’s purportedly sporting 64GB of internal storage, an HDMI-out port, support for PS4 Remote Play (one would hope that with specs like this, it would be) and Sony’s Hi-Res Audio file format.

With specs like that, you’d hope it will have a kickass battery – and at least the list proves it could have it, a 12,100mAh battery never before seen on devices of this class. So is it true? Again, your guess is as good as ours. Remember that Sony has an event planned in January at the CES 2015 in Las Vegas, where the Xperia Z4 line is rumored to be launched. Our advice, don’t get your hopes up too much, ok?