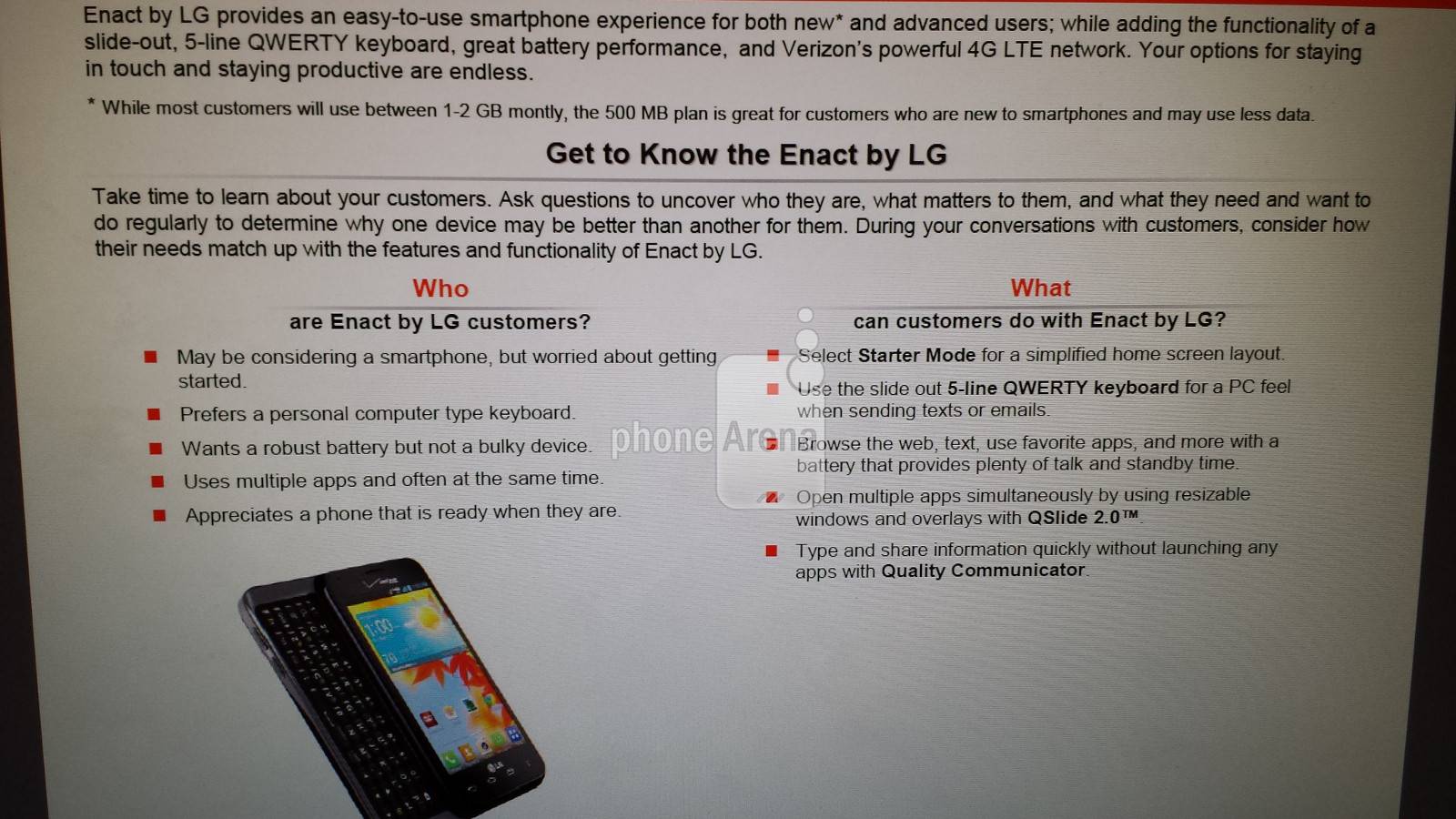 We recently got wind of Verizon‘s smartphone line up for the month of August which includes the HTC One at the end of the month. It seems that Big Red is planning on refreshing its catalog in September with a bunch of budget phones such as the Kyocera Hydro Elite and the LG Enact.

Leaks of the Hydro Elite coming to Verizon started way back in April, but we still haven’t gotten much information about it. So far, all we know is that it will be a rugged smartphone built to be water and dust resistant, sounding more commando than elite. We speculated that it will have mid-range hardware and would probably cost $79 to $99 on contract.

Equally mysterious is the LG Enact, another smartphone with an expected low price tag. This one is rumored to have a five-row slide-out QWERTY keyboard. Almost sounds like an artifact of ages past. Don’t let that fool you though, as the Enact is expected to support 4G LTE connectivity.

Both phones have not yet been unveiled anywhere else and details about them are strangely scarce. Maybe not many are interested in digging around for details on unimpressive mid-range phones. Although no exact date for the release of the phones was given, they’re be expected to be available on Verizon’s stores by September 15.