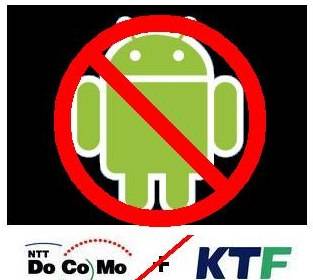 It seems just as soon as the news breaks regarding NTT DoCoMo and South Korea’s KT Fretel’s partnership for an Android-powered handset, it is quickly shot down by none other than KT Fretel. They have come forth and denied any involvement with NTT DoCoMo in development of an Android.

According to a report made by Telecoms Korea, KT Fretel denied having anything to do with NTT DoCoMo as far as the development of Google’s Android goes. Apparently Japan is out of luck this time. KT Fretel did admit that both companies were interested in a number of various smartphone platforms.

There have never been discussions of joint development of a smartphone at all. This does not mean that they are not developing and Android-powered smartphone on their own, just that they will not be creating one together. It looks like the mix-up can be blamed on Nikkei Business Daily for now.