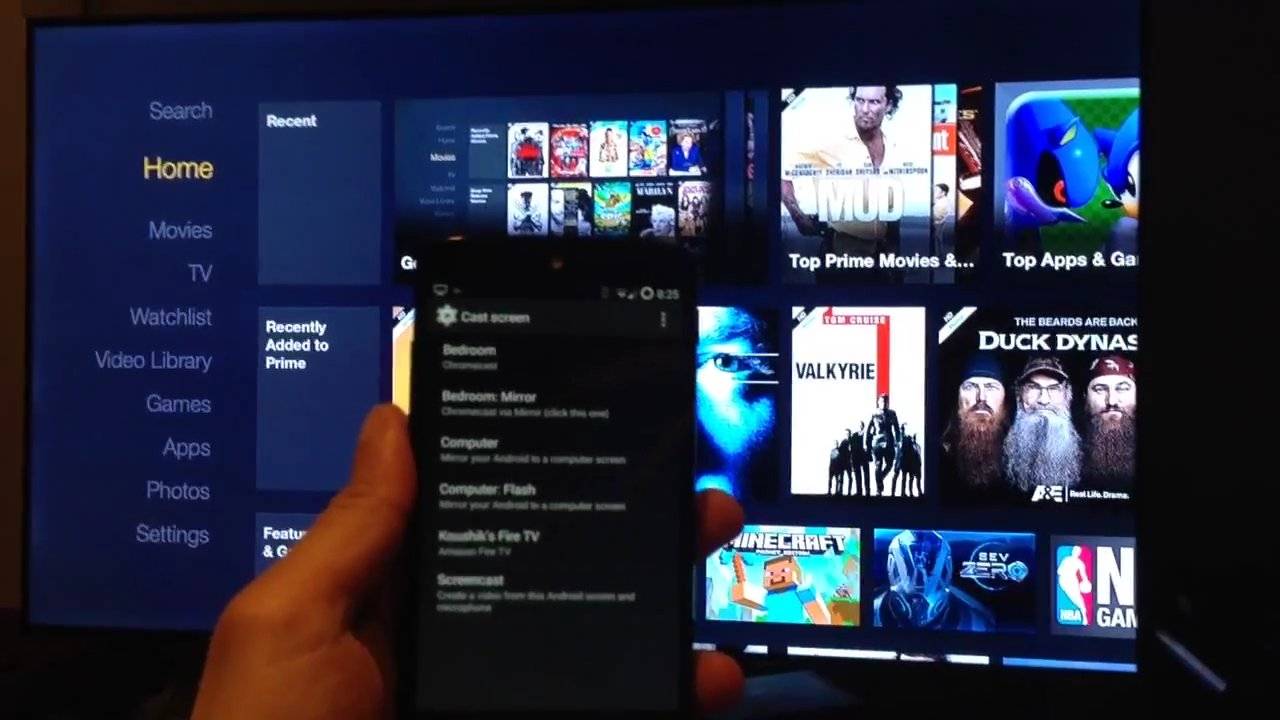 Yesterday, Koushik Dutta teased the Android community with full device mirroring on the shiny new Amazon Fire TV. Now he is giving out a beta version of the CastReceiver APK that makes all of it possible.

Koush has been working on mirroring Android screens on a variety of devices through a variety of means. The last the was able accomplish was getting it to work on the Chromecast as soon as Google released the relevant SDK for the streaming HDMI dongle. And now that Amazon’s own entry into streaming competition is official, it was unsurprising to see the developer pouncing on it immediately.

Interestingly, Koush reports that mirroring actually works best on the Fire TV. Mirroring via Chromecast only produces good quality as soon as WebRTC, the protocol used for streaming on the dongle, has warmed up after two minutes. On the Apple TV, users can get great video but, as of the moment, no audio. On the Amazon Fire TV, everything works almost perfectly. Here’s the video clip Koush released yesterday demonstrating the feature.

Koush is now making available the CastReceiver APK for testing, which you can download below. He notes that the receiver app is a regular APK that you can sideload not only on the Fire TV but on any Android device, which turns it into a streaming receiver. However, the mirroring feature only works on devices running Android 4.4. The AllCast streaming app, which works on any Android device, can stream on any version. The Mirror app, which is still in beta, can only be installed on devices running Android 4.4 and currently requires root privileges, though Koush hopes to remove that limitation in the future.