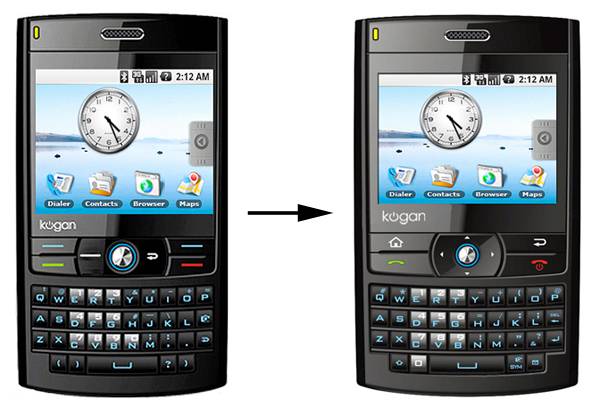 Not long after we receive word that Kogan is releasing the Agora Pro powered by Google’s Android, we are now reporting that the handset has received a bit of a facelift since we first saw it. More details after the jump.

There is not too much of a change, just making the phone wider and the screen a little bit wider.  Just what everyone in the world wants out of a phone. Sure the d-pad is reworked, but we have lost the softkeys all together. I’m not sure about you, but I would rather have a larger screen than a widescreen. Lets just hope that there are not many more changes made to this phone with the shipping date coming up soon. What do you guys think about the changes? Is cutting a little off the bottom of the screen really justifiable to make it appear as a widescreen?