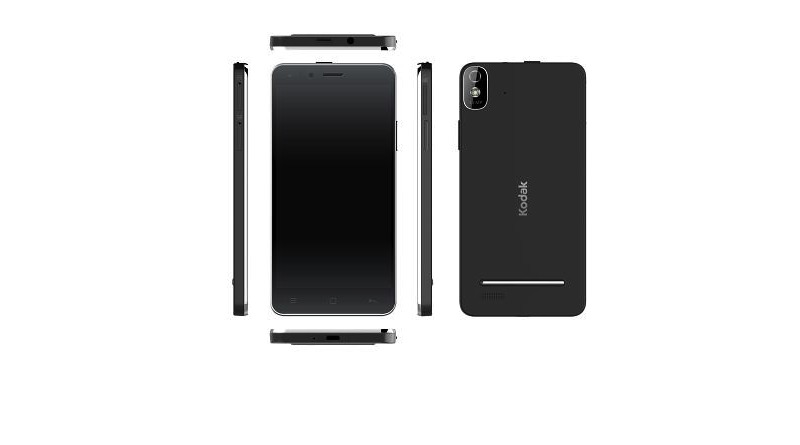 Just before 2014 ended, we noted that Kodak and Bullitt Group would be introducing a new mobile handset at the upcoming CES 2015. The International CES is happening this week and we’re glad to finally see the first Kodak phone. Officially called as the Kodak IM5, this smartphone runs Android and features a 5-inch HD screen. Kodak wants to simplify the smartphone experience with this particular model with an intuitive user interface.

The Kodak IM5 is nothing like the Kodak Instamatic cameraphone we featured last year. Of course, the latter was just a concept phone. This is Kodak’s first venture into the mobile phone industry and the camera manufacturer is expecting to bring a different experience to the smartphone users. The phone features easy and quick access to common functions like camera, messaging, contacts, and calling. It also features an advanced remote management software so people can provide support via a different tablet or a PC whenever needed.

The Kodak IM5 makes mobile photography easier. Capturing, saving, sharing, and printing photos are made easier with the Android phone, thanks to the 13 megapixel camera with autofocus that and a special image management software developed by Kodak. Edit photos, display them, share on social media, or print them with the help of the app that also supports desktop printers.

CEO of Bullitt Mobile Oliver Schulte said, “This is a phone for consumers who appreciate the value and heritage of the Kodak brand. It looks great, is easy to use and offers real value for money.”

Out of the box, the Android phone runs KitKat but a Lollipop update will soon roll out. Other specs include a 1.7Ghz octa-core processor, MicroSD card slot, 1GB RAM, and a 5 megapixel front camera. Kodak IM5 also has a special app store called “Apps” that offers easy access to commonly used apps.

Kodak says this is a simple and easy smartphone. It’s more of a less complicated smartphone that is ideal for those who want simpler things in life. I’m guessing the oldies will appreciate this one. The custom and simple user interface will make it easier to navigate and understand.

The Kodak IM5 is available in black or white. It’s currently being showcased at the CES 2015 in Las Vegas. Phone will be released in Europe this quarter with a €229 ($249) price tag.