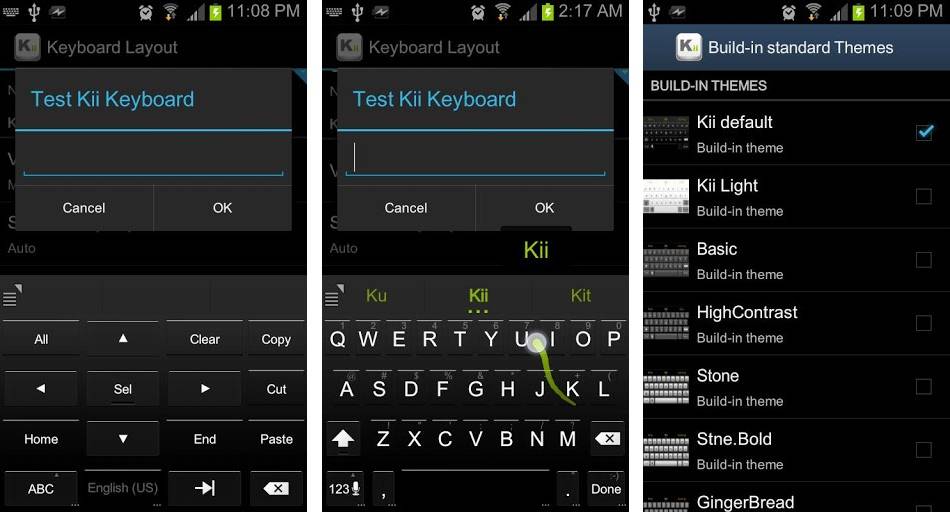 This latest was originally released a few days back, however it has since been updated. This most recent update has the app sitting at version 1.2. But perhaps more important, it fixed some bugs that came along with the original release. Before we get ahead of ourselves though, lets get into the just what the Kii Keyboard offers. The short answer to that is lots. 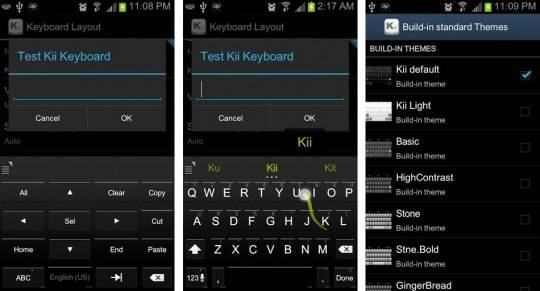 In fact, the feature list for the Kii Keyboard is touting goodies such as Swype like gesture input and SwiftKey like next word prediction. Other goodies include support for 34 languages as well as a variety of themes, a split keyboard layout, font and color customization, an extra arrow key row, an extra number key row and more.

The Kii Keyboard also has support for Android 4.2 Jelly Bean, though, it will run on devices with Android 2.1 or later. Perhaps key for some though, the Kii Keyboard is available for free. Bottom line here, the Kii Keyboard (assuming the Swype- and SwiftKey-like features are as promised) looks like it could have some potential. You can grab the Kii Keyboard from the Google Play Store.