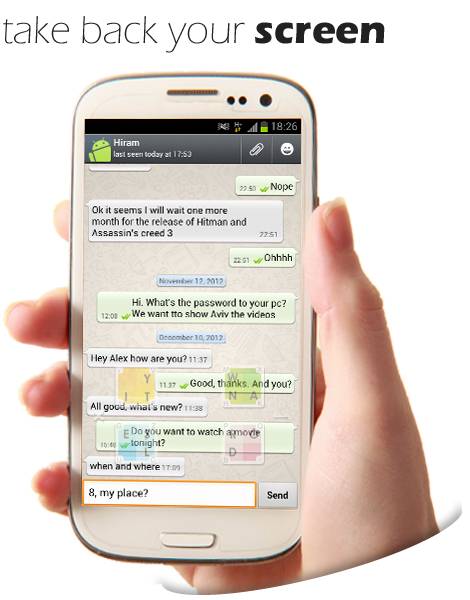 Touching on that look, the folks at SnapKeys note that because the keyboard has only four keys and a few letters it becomes a simple and intuitive way to enter text. For right now we are going to have to take their word. As of right now, the SnapKeys SI app has launched and is available only as a private beta.

The keyboard shows four vowels; A, O, I and E along with eight other letters that you use most often. You will begin your typing by hitting one of the boxes that contains the letter you need. And if for some reason you need a letter that is not shown, you tap in the middle, between the boxes. The space bar is on the right-hand side and the back space key is over on the left side.

Of course, as one would assume given the limited keys displayed, SnapKeys SI will predict your words as you type. Word suggestions appear on the right-hand side with the word you are typing appearing in blue. Special characters can be accessed by pressing and holding the space or back space keys. And similar to other predictive solutions, SnapKeys SI will learn your typing style over time.

With that, those looking to give SnapKeys SI a look will need to head on over to the SnapKeys website, click the blue Download Beta button and fill out the short form. From that point, it looks like you will be added to the beta list