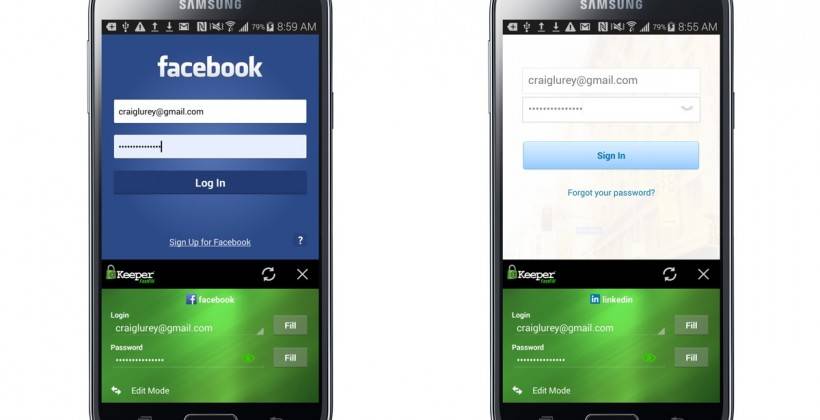 1Password may have just arrived on Android, but this upcoming feature from a rival service should remind it not to rest on its laurels. Keeper, one of the password vault apps available on Android, is pre-announcing a new feature that will make logging into mobile apps both easy and secure.

Keeper is calling the feature “FastFill”. In theory, it will remember the login credentials that you’ve used across supported devices and platforms, which includes a web app for desktop computers, and will automatically fill those in should the app request the password again. This feature is quite notable because it is distinct from password autofill features that target only website logins. As users are more likely to use mobile apps than equivalent web version on their mobile devices, it is somewhat puzzling that it is only now that password managing services are adding this crucial feature.

However, Keeper isn’t the only game in town, and neither is it the earliest. Last March, LastPass, another player in the game, added the said feature to its offering. Unfortunately, 1Password, which is one of the more popular services around, has yet to introduce such a capability in its fledgling Android app.

The FastFill feature won’t be coming to Keeper until June 23. The Keeper app itself is free to download, but that will only work for a single device. If you have multiple devices and want to access your passwords on all of those, plus all the features that Keeper has to offer, you will need to subscribe for either the Keeper Backup or Backup Unlimited for $9.99 or $29.99 a year, respectively.