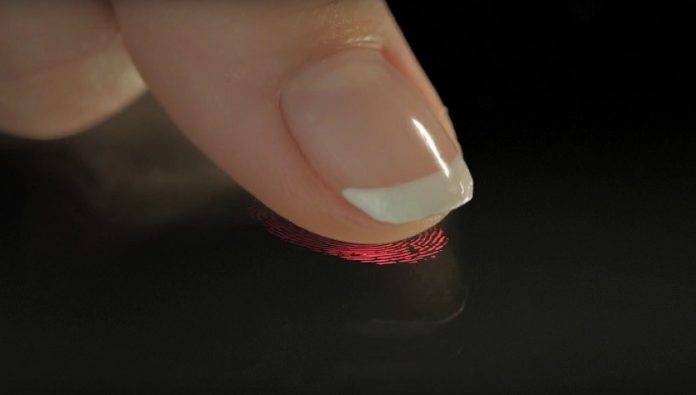 You may remember that Synaptics and Vivo have already collaborated for the first smartphone with a fingerprint sensor under the glass. The 18:9 display trend is making bezels a thing of the past, and as such, there is no space up front the smartphone to place your traditional home button that also doubles as a fingerprint sensor. Most manufacturers have placed their sensors at the back, while Vivo is the first to place it under the glass. Japan Display is playing a whole new ballgame, though – they’ve placed the sensor “in” the glass itself.

Japan Display says that its transparent glass-based capacitive fingerprint sensor is able to use the touch technology that they already use for touchscreen displays. The sensor is integrated into the glass via a transparent glass substrate and it is able to detect a change in capacitance – like when a finger is pressed onto it – and read and identify the ridges and recesses of a fingerprint without the need for a silicon-based sensor.

In very simple terms, this technology will allow manufacturers to go even without a fingerprint sensor under the screen, because the sensor would now be in the screen itself. Apart from freeing precious space inside the device, it would also free users of using face recognition technology, which to be honest is still a bit iffy at this point.

Japan Display is set to ship its first in-glass sensors – which measures 8mm x 8mm and captures a resolution of 160×160 pixels – by March 2019. This means that this technology should be out in a device by the second half of 2019.