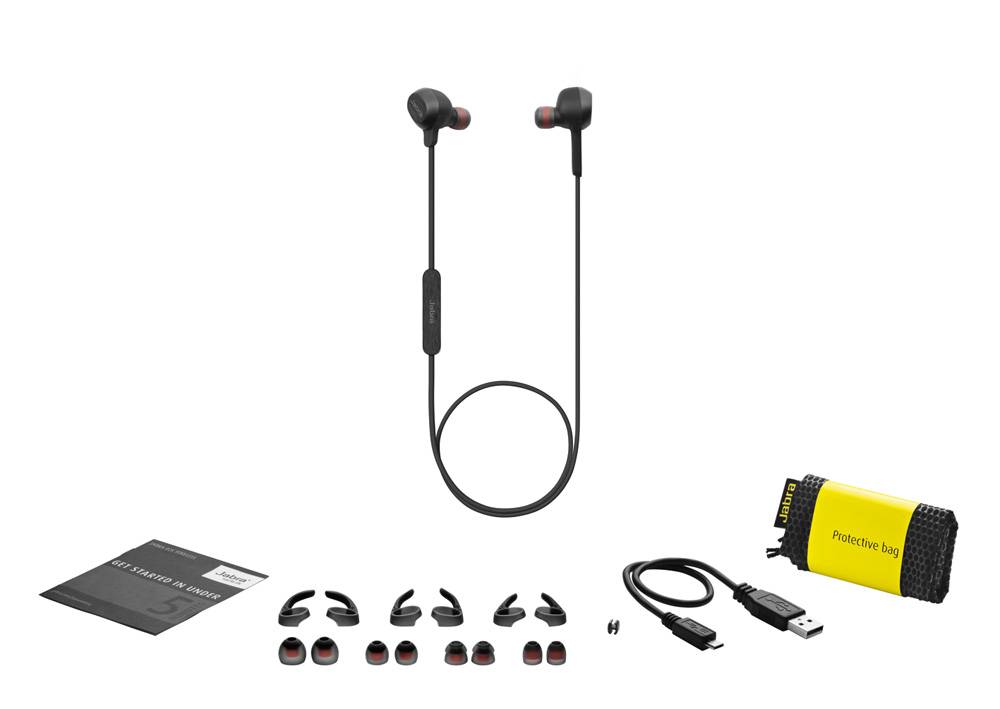 Jabra originally announced the Rox Wireless earbuds several months back. But in a bit of good news for those who may have been waiting — Jabra has mentioned they are available beginning today. The earbuds are priced at $129.95 and bring features to include a long battery life, IP52 rating and more. They are also available in two colors; black and white.

As for that IP number — that basically means these are rugged and protected against dust and water. Jabra also touts these as being able to offer up to 5.5 hours of playback time. And keeping with the power aspect, users will also find what is described as being an “intelligent” power-saving mode.

Basically, that means you’ll be able to clip the earbuds together (using the built-in magnets) to quickly put them in power-saving mode. These earbuds connect wirelessly to your device using a Bluetooth connection and the initial pairing can be done with a single tap (for those with an NFC capable device).

Jabra also mentioned how the Rox Wireless earbuds have a low-profile design. Basically, this is so they will sit tight in your ears, and when using the optional EarWings, they should be remain securely in place. Remaining highlights for the Jabra Rox Wireless earbuds include Dolby stereo and Dolby Digital Plus sound for those using the company Jabra Sound app.