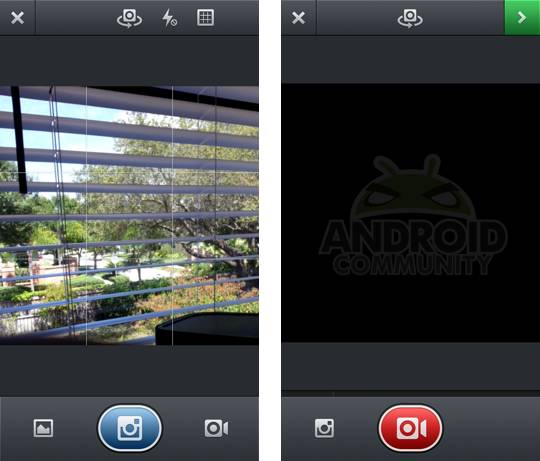 Facebook announced Video for Instagram at an event earlier this morning and as was expected, the updated app has since come available in the Google Play Store. Based on the earlier announcement, this new feature looks like it will be a good option for those who had been digging Vine, but were already an Instagram user.

With that in mind and as the update is now available in the Play Store, we have installed the update and spent a few minutes playing around to see if the actual update would live up to that thought. We can say this, creating the videos is simple. Users will notice a new movie camera icon (when you go to take a picture) and from here you can begin shooting. Using the filters are just like what you will be used to with the still images and there are 13 in total.

It is actually a few taps to get to the video. You will first need to tap the regular camera icon that you had always tapped to capture an image (or edit a previously captured image). From this point you will see the movie camera icon on the right side (the gallery icon is now on the left side). From here you just tap and hold the red button to record. You have a total of 15 seconds for video, however that can be done all at once or in various bits and pieces. 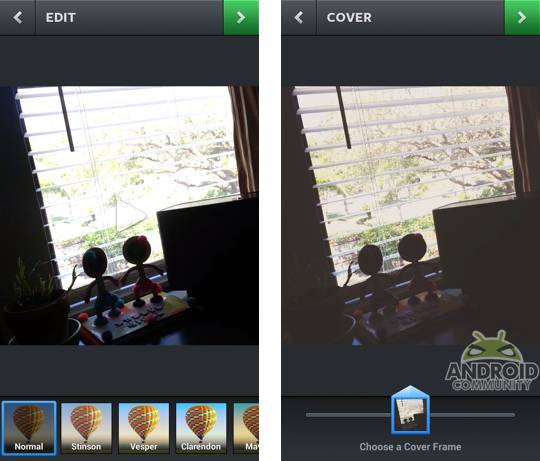 Similar to with still images, the filters are applied to the video after it is recorded. Thankfully, applying (and re-applying) a filter is a quick process. And after the recording is done and the appropriate filter has been picked you save the video and then choose the cover frame using a slider. After that point, it goes back to what Instagram users will be familiar with — adding the caption, photo map and social sharing.

One other point worth mentioning before users begin thinking something is messed up — you will need to be running Android 4.1 (or higher) Jelly Bean to capture video. Users with something below that will still be able to play videos though. And while there is no timeline given, the folks at Instagram have said they are “working around the clock to enable capturing videos on many more Android devices.” 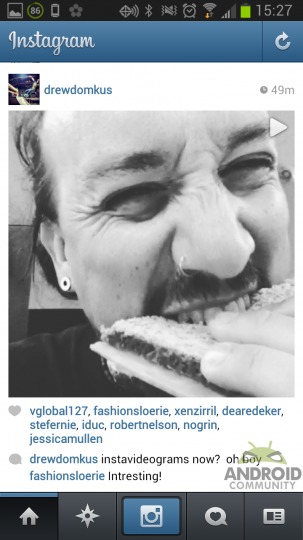 Otherwise, browsing your Instagram feed will now be a mix of images and video. You will notice the video by the camera icon in the upper right hand corner. Not to mention, pausing over a video will auto-play the video. You can also turn that off by heading into the settings and unchecking the “Auto-Play Videos” option. 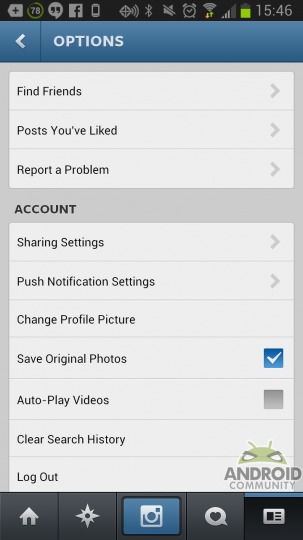 Bottom line here, Video for Instagram has arrived and as such, it looks like Vine will soon be removed from our device. As always, Instagram can be found in the Google Play Store.