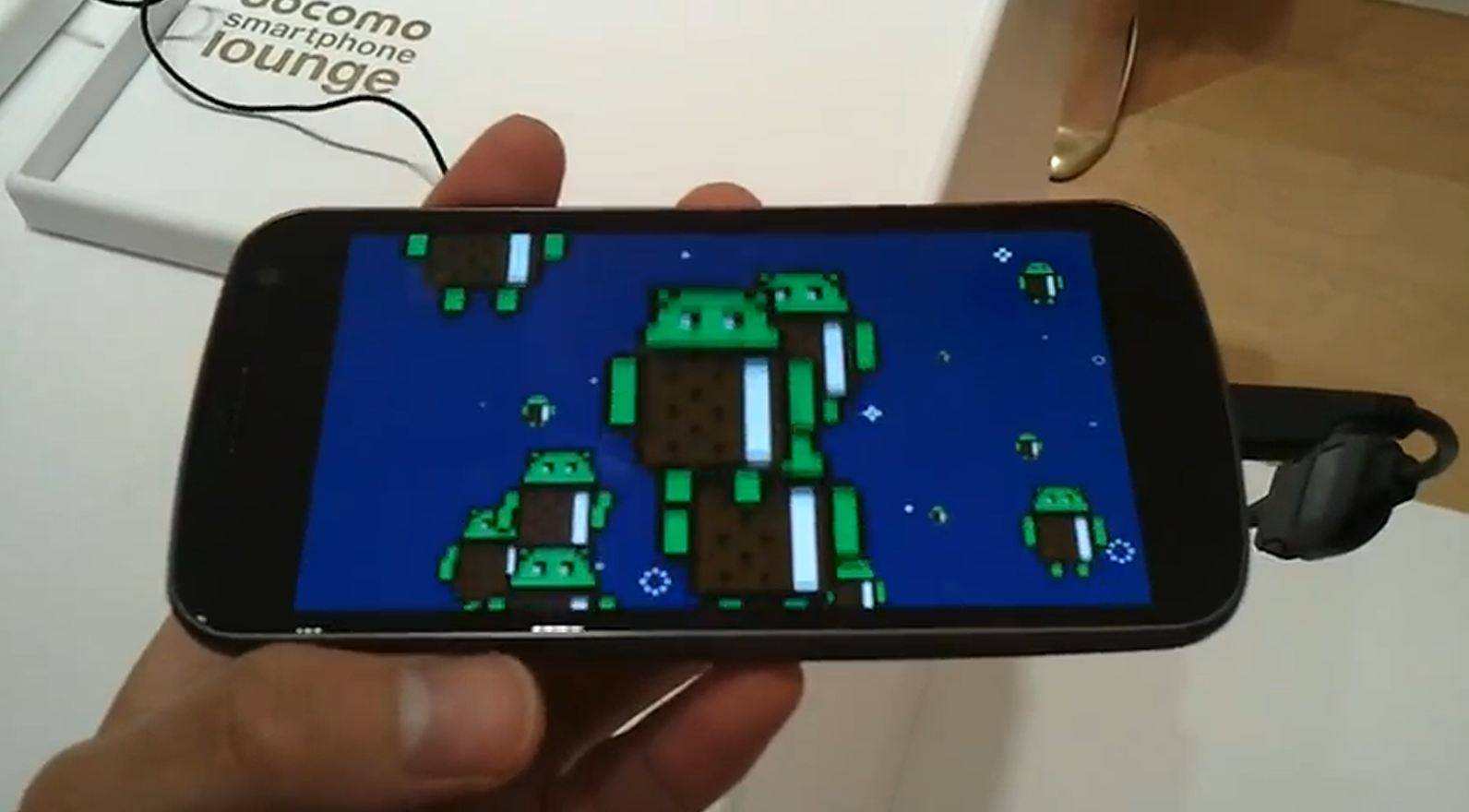 Every new version of Android gets its own special Ester egg, activated by rapidly tapping on the version number in the About Phone section of the settings menu. Gingerbread got some Android zombie art. Honeycomb got the bumblebee Android. And Ice Cream Sandwich gets… a pop-tart robot?

OK, explaining this one requires a little bit of Internet meme history. The “Nyan Cat” meme started when a sprite drawing of a cat-Pop Tart from a site called LOL-Comics was posted to YouTube, with an accompaniment of sickeningly addictive J-pop singing “NyanNyanNyan”, the Japanese equivalent of “meow meow meow.” The meme exploded back in April, and you’re welcome to check out the video here. You’ve been warned.

Someone at Google is a fan, because they’ve replicated the original in Ice Cream Sandwich. You can see it running on the Galaxy Nexus, courtesy of YouTube user shnsk100:

Naturally the cat has been replaced with the signature green Android, and the pop-tart is now – what else? – an Ice Cream Sandwich. Once again, Google engineers have a little fun in the bowels of Android’s source code. Here’s hoping that it won’t be too long before you can check out the animation on your smartphone, or pick up a Galaxy Nexus from Verizon… eventually.

Check out our hands-on looks at Ice Cream Sandwich below: