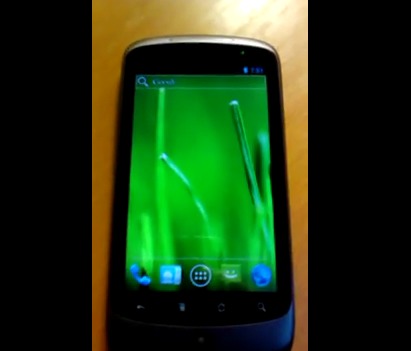 When Google finally releases the SDK for any Android version the ports usually follow very quickly. Just like we assumed, we are already starting to see some Android 4.0 Ice Cream Sandwich ports hitting devices. We spotted a few yesterday and this afternoon we have a video demo of Android 4.0 running on the famous Google Nexus One. Being a port hacked together from the Android 4.0 SDK available now, it has a few bugs but so far looks very promising and I might have to dust off my old Nexi and give it a try.

Like most SDK ports, especially at first, things aren’t perfect and it is a work in progress. The developer mentions in the video that Wi-Fi doesn’t work, audio has some issues and stutters occasionally, video decoding isn’t working and the entire ROM is a bit unstable. While this was expected at first, it’s nice to see things already looking up for the Nexus One.

The Nexus One might be a bit old and outdated but it still receives plenty of love from the entire development community, including Google. There are tons of developers out there that still love the Nexus One and update ROMs on the daily for it, so it’s no surprise that it will be one of the first phones running on the latest 4.0 Ice Cream Sandwich SDK. Until the actual source for 4.0 is released, SDK ROM’s like the one shown above will have to do. They can get quite stable and many users run them for their daily devices but I’d rather wait for AOSP ROM’s like CyanogenMod myself. Either way this looks good, well done dr1337md!

In case you want to see Ice Cream Sandwich running on the latest from Google here is our hands-on video below.