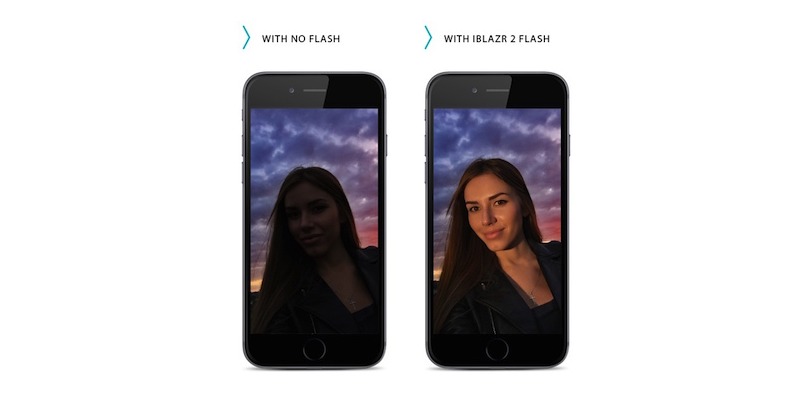 Digital photography is rapidly advancing these days. Even without the hardware or device being upgraded, any smartphone can produce great images with a little help from apps, filters, and your editing skills. But for those who are serious with mobile photography, there are many ways to improve your camera setup even if you’re just using an Android phone.

A few months ago, we’ve seen these Lume Cubes that can light up Android phone photos and videos. A Lume Cube is an external photography and video light that can be used as a camera flash. Aside from your mobile phone, you can also use a Lume Cube with GoPros to capture better photos and videos.

In the same fashion, the iblazr 2 aims to be an advanced light source for mobile devices. It’s a wireless flash that can be attached to any phone, tablet, or even a DSLR camera. Since it’s a small mobile flash, you can also use it to brighten nighttime video calls or for analogue photography. It’s one powerful flashlight that can be synced with most camera apps available today.

Designed by iblazr lab, this is actually their second campaign to bring the wireless flash into production. The first campaign was a success, backed by more than 2,600 sponsors. A lot of mobile photography enthusiasts, the Instagrammers especially, depend on their iblazr flashes to take better photos all the time. About 20,000 people are now using iblazr, capturing more than 150,000 photos from all over the world.

This new-gen iblazr 2 flash is said to be the most advanced light source today, having a new design, better electronic components, and more functions. The iblazr can give off up to 300 LUX on 1m flash with the phone’s shutter. It can also work as a remote flash, thanks to Bluetooth 4.0 Low Energy technology.

The iblazr team is trying to raise $70,000 to put the new iblazr 2 into production. With 29 days to go before the deadline, more than half of the goal amount has already been raised from 664 backers. Feel free to check out the iblazr 2 project on Kickstarter.