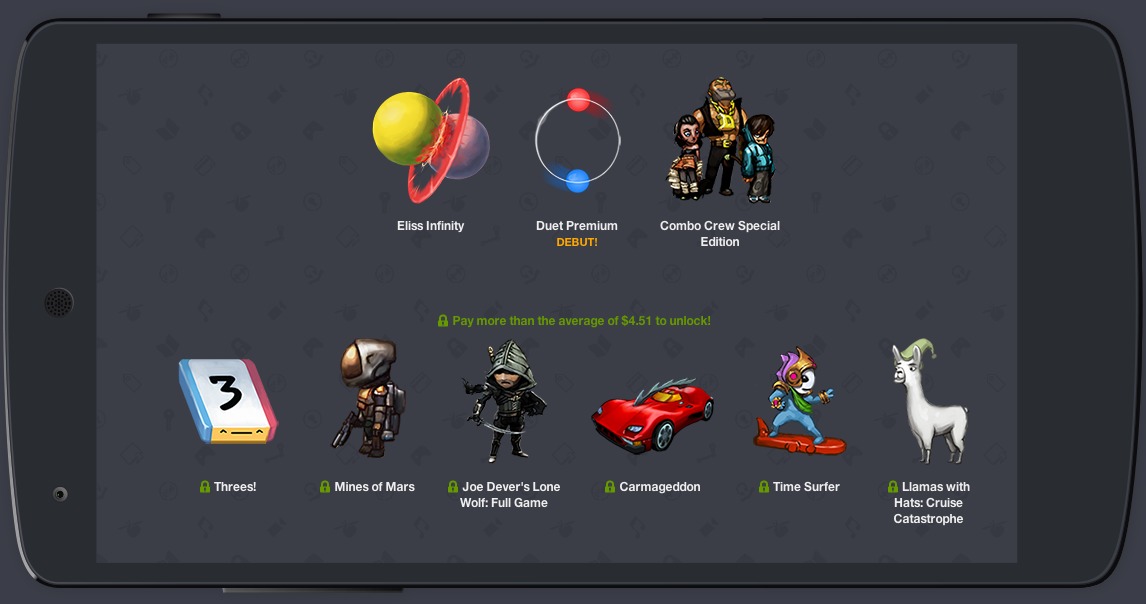 If you’re a mobile games addict and you still haven’t heard of or bought the Humble Mobile Bundle 6, then you would have to read on or miss on a crazy deal. They have even added 3 more games to the collection, which includes kicking llamas, an alien surfing through space and a psychotic car race. This brings a total of 9 games that can be yours if you pay more than the average, with three of them in a pay what you want format.

Humble Bundle has been keeping gamers happy with their unique format of bundling together several games and letting users dictate how much everyone else should pay for the games. From the 6 games we previously reported on, there are now 3 more additions to relieve you of your boredom (and your battery). Carmageddon will let your inner demon driver free as the game sets you lose on an unsuspecting city where no car or human or cows are safe from freeform drivers. You can even use multiple Android devices to play this game. However, it is kind of ultraviolent (the Mac and PC versions were banned in some countries after all) so you might want to keep this away from the kids.

Less violent but maybe just a little bit disturbing as swell is Llamas with Hats: Cruise Catastrophe where you are Carl the Llama who goes on a cruise and enjoys kicking the passengers overboard. As to why this is, we’ll never know (maybe a childhood trauma or something). A more age-appropriate game would be Time Surfer, an endless runner set in space. As your alien avatar surfs through obstacles like asteroids, spikes and other space debris, you also have the ability to rewind time if you’re about to die or you’ve made some mistakes you’d like to correct.

Humble Mobile Bundle lets you pay what you want for three games (Eliss Infinity, Duet Premium and Combo Crew Special). But if you want to get these three games, plus the three others in the combo, you need to pay the average which right now is at $4.51. You have six more days to get this deal as it expires by August 19.