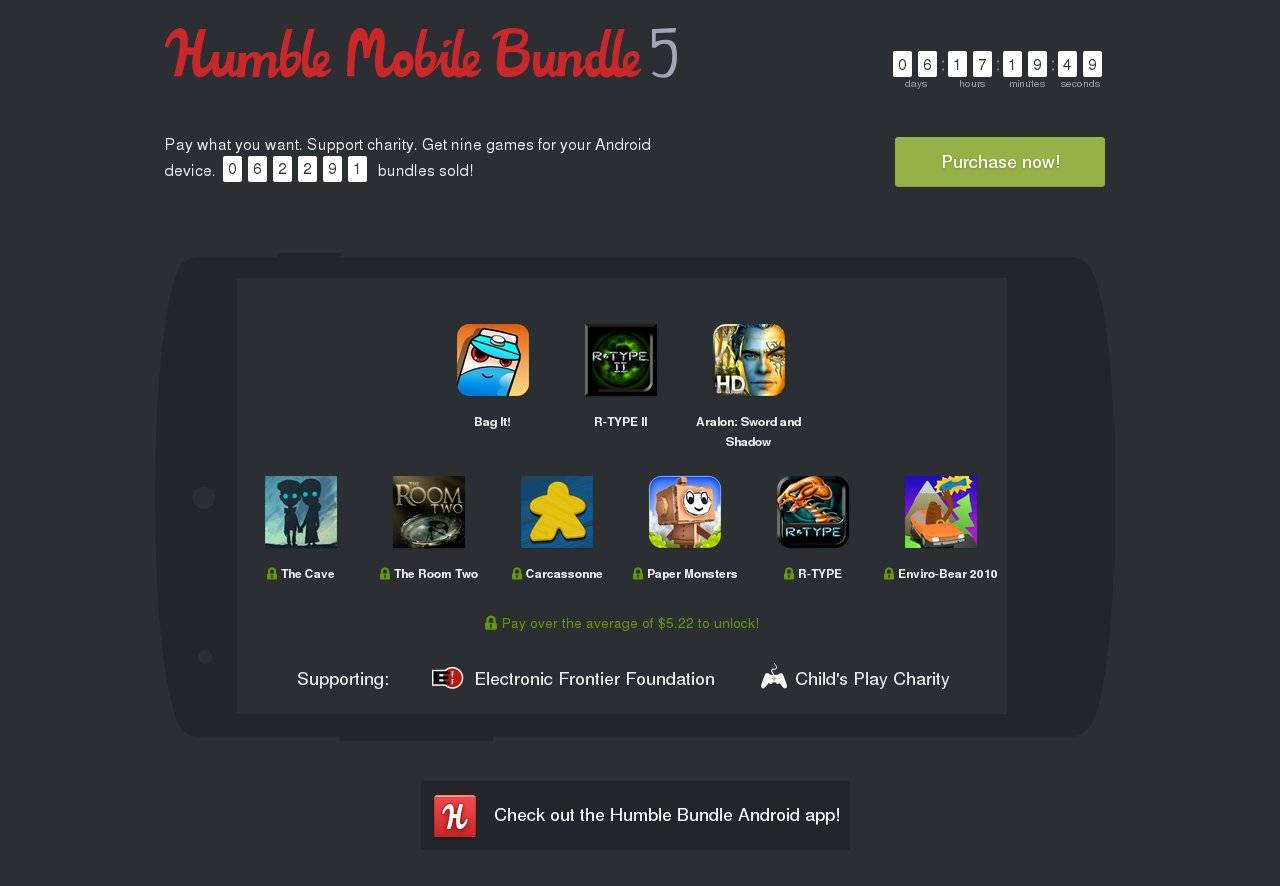 With just about 6 days more to go before its latest Humble Mobile Bundle 5 campaign ends, Humble Bundle is unsurprisingly expanding the catalog with three more titles. Included in this list is the very first R-Type, cutesy Paper Monsters, and a wacky Enviro-Bear 2010.

Paper Monsters is a traditional 2D platformer reminiscent of games like Mario and its ilk. What gives the game a distinct flair is the judicious use of high-quality 3D graphics. The plot is quite simple, if not cliché. You are a hero, one made of cardboard, out to save the world from, you guessed it, paper bad guys. Unfortunately, there doesn’t seem to be any game mechanic that exploits the paper nature of our characters, which could have added to the game’s allure.

R-Type is a port of the 1987 shoot ’em up classic that has endeared itself to the arcade gamers of that generation. You’ll see the staples of space-themed adrenaline-pumping shoot ’em up games, like a variety of power ups, screens filled with enemies, and a funky retro soundtrack. With the addition of R-Type, you can now claim both the original and its sequel, for the right price, of course.

Enviro-Bear 2010 gives you the ultimate reason why these ursine mammals should never be allowed to drive. This game is like GTA, except for bears. And with less violence. And with less graphics. The aim is simple. Drive through the forest, hitting stuff, preferably ponds and bushes, in order to get fish and berries that you can chow down. You can also grab anything else that falls down on your dashboard and throw them out again. Oh, and watch out for other bears who are also driving around with the same intent. Once your appetite is satiated, you are directed to hibernate, in which case you drive off into your bear cave to sleep. In your car, of course.

The average to beat right now stands at $5.22, and it will probably still rise in the next few days so grab them while the price is still low. As before, you also get access to the soundtrack of some of those games, and get to donate your money to charity as well. Since these games will be on Android, be sure to have the Humble Bundle beta app installed in order to claim your rewards.