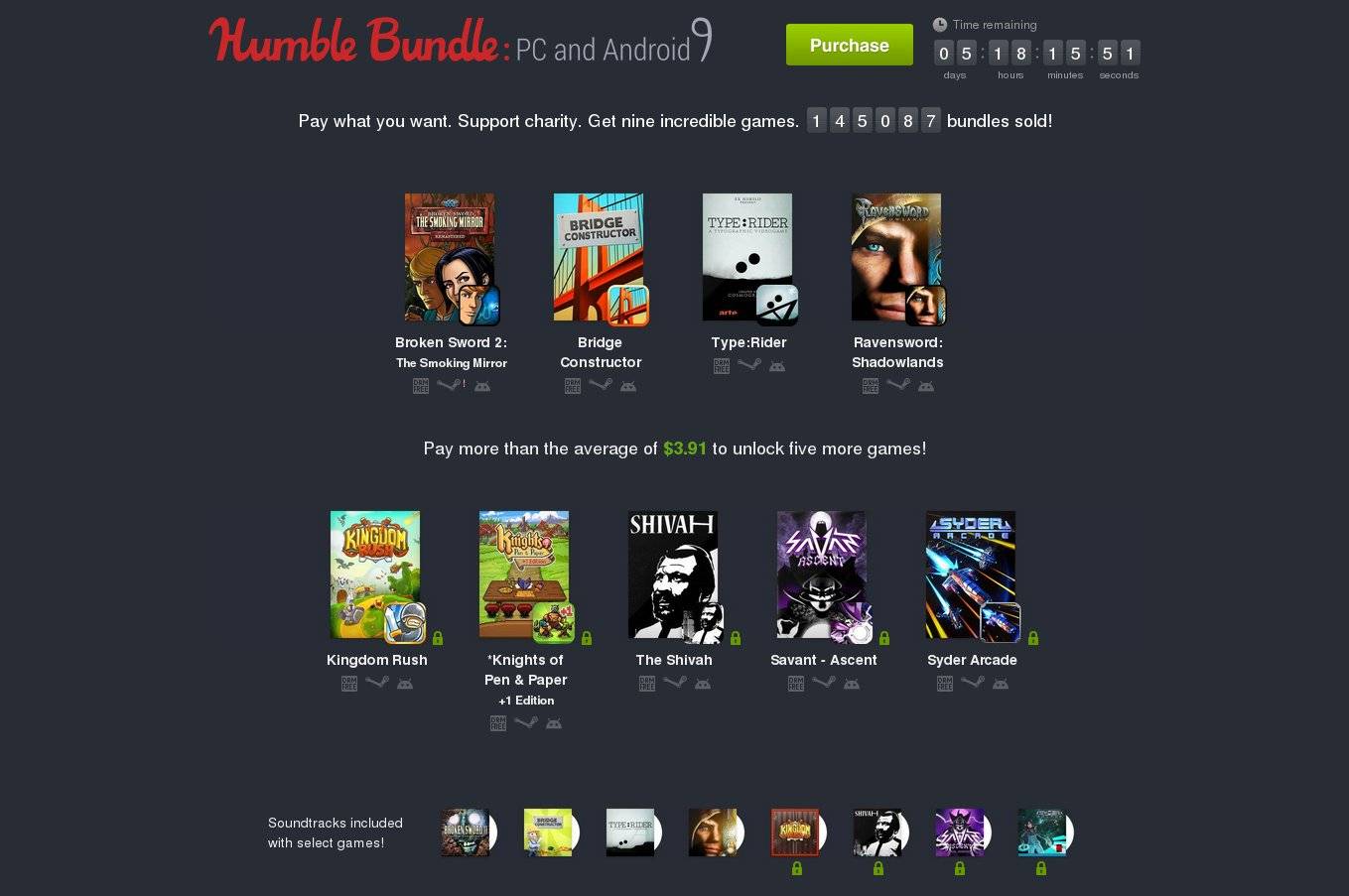 As expected, Humble Bundle has increased its roster of games as its PC and Android 9 campaign draws to a close. In this round, players who beat the average will be entitled to three more games consisting of an old-school adventure game, a free scrolling space shoot ’em up, and one funky platformer.

Perhaps a bit rather controversial for its theme, The Shivah puts players in the shoes of Russell Stone, a Jewish Rabbi who is just trying his best to make ends meet for his synagogue. However, a series of unfortunate and mysterious circumstances force him to search for the truth in rather unorthodox places using questionable means.

Syder Arcade is a throwback to the gaming fever of the 90’s. You get to pilot one of three spaceships in pursuit of ugly yet deadly aliens. This free scrolling multi-directional shoot ’em up has your staple of power-ups, big bosses, and insane ammunition that is sure to give your eyes and fingers a good exercise.

Finally, Savant – Ascent is a shoot ’em up platformer with a slightly musical character. Savant, a mechanical wizard, is trying to get back into his tower after being thrown out by a mysterious orb. But in addition to fighting your way through mutated minions, the game lets you also unlock six unique soundtracks made by an electronica artist who also happens to be named Savant. An almost fitting in-game quest reward considering the final boss looks like a mystical disco ball.

The average to beat now stands at $3.91 with just 5 and a half days remaining. As always, you can choose how to split your payment across developers and charity. And remember that the PC games are all DRM-free and fit for sharing.