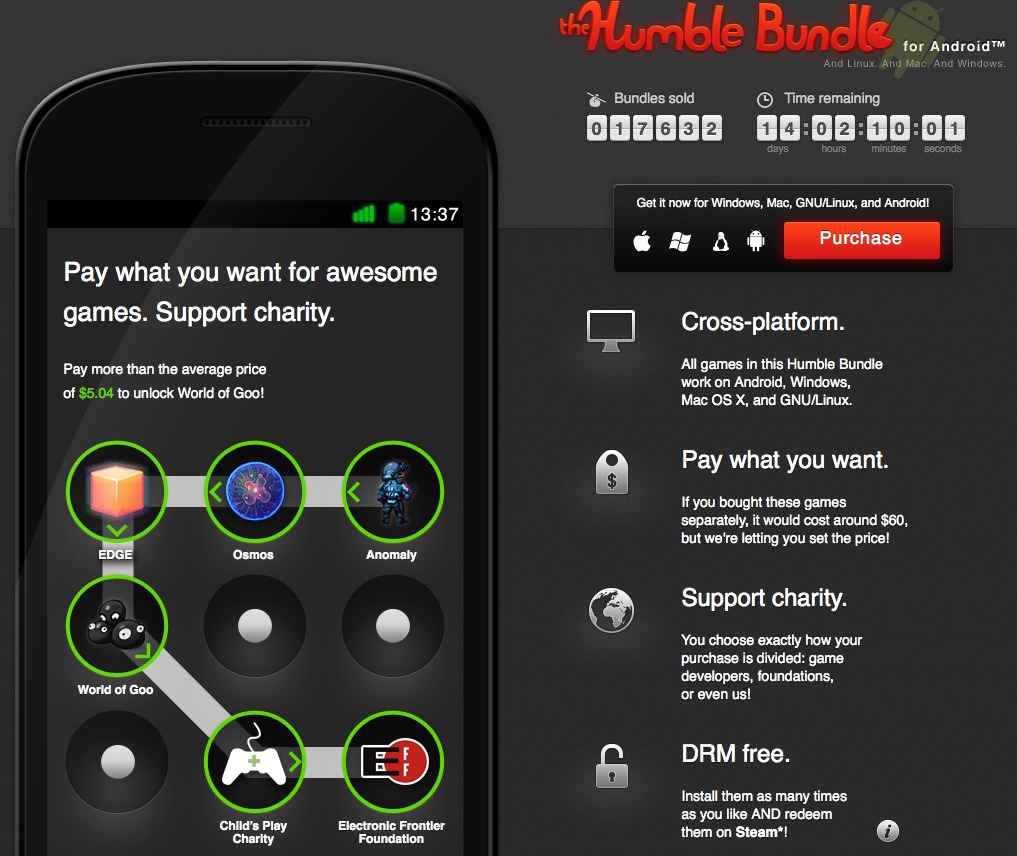 For many gamers the entire idea behind the Humble Bundle is not new. For those that have never heard of it or would like to participate on Android we have all the details. Essentially this is a “name your price” for games, and part of the funds go directly to charities, developers and more. Their first round for Android has four excellent games and you’ll save a bundle buying them this way too.

They’ve basically bundled four awesome and extremely popular Android games into one deal and that is our Android Humble Bundle. They are Anomaly WarZone HD, Osmos, Edge, and if you pay enough (just over $5.00) you’ll also get the World of Goo. Buying these games separately would be around $15 or so in the Android Market and even more on PC, for much less you can get all four from Humble Bundle.

What makes this even better is you can choose a large part of your purchase to go directly to charities, or even developers, and then the leftovers can be a tip for Humble. Making this a win-win because you get awesome games and donate to a bigger cause at the same time. Previously this has been exclusive to PC games but it is great to see them expanding to the world of Android. The video below explains it all. Oh and did we mention this is cross platform? That means all these games you’ll also get for your PC, Mac, and Android at the same time — for the same price.