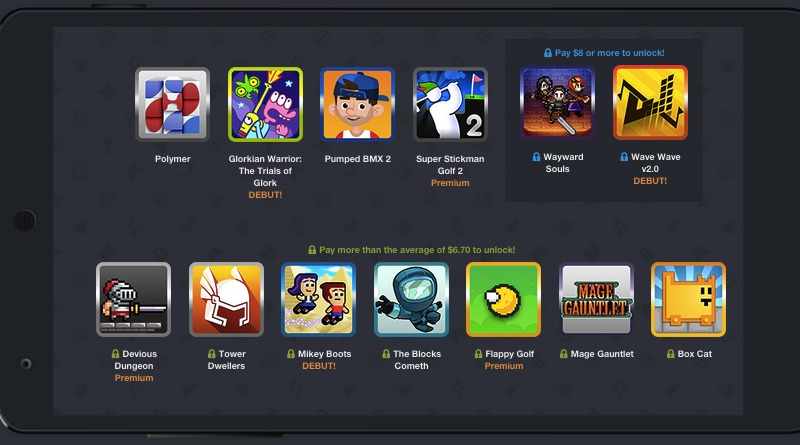 Just before Christmas, Humble Bundle presented nine more games from Noodlecake Studios. And before 2014 ends, four new games have been added to the same bundle. This means the good deal we previously described is now a better deal but others may think of it as the best deal yet until the offer ends on January 5. To date, 16,863 bundles have been sold exclusively to Android gamers.

What’s so good about the Humble Bundle is that you can pay for whatever you want. You can even choose to support a charity or the developers who have painstakingly yet lovingly made those games. The Humble Bundle is available for $6.50 but if you want to get more games, you need to pay $8. So what are the four new games added? Flappy Golf (Premium), Boxcat, Mage Gauntlet, and The Blocks Cometh.

With the addition of new games from Noodlecake Studios, the Humble Bundle is more attractive than ever we’re not doubting the almost 17k downloads will increase overnight. Feel free to get the following games as part of the bundle as well: Polymer, Glorkian Warrior: The Trials of Glork, Super Stickman Golf 2 Premium, Pumped BMX 2, Devious Dungeon Premium, Tower Dwellers, and Mikey Boots.