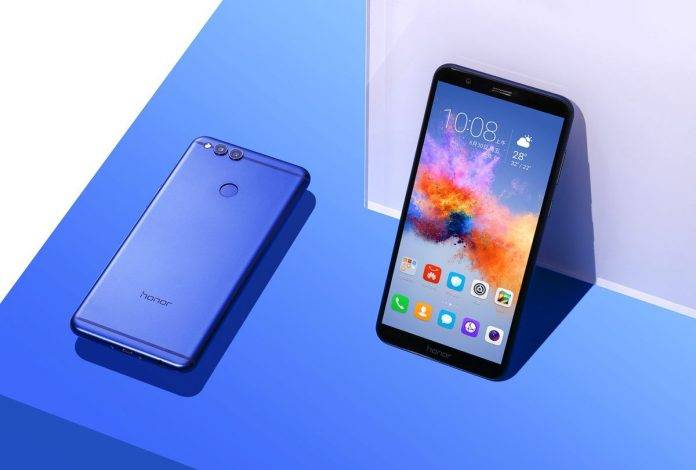 The Honor 7X is a prime candidate for best “bang for the buck” phone that any Android user would love. Being carried under Huawei’s Honor sub-brand means that it is now being released in the US market, as well as in Europe as well. It has specs that would run with any flagship pretender, and all this at a great price to boot. Now Huawei’s Android Oreo Beta is rolling out to users who availed of the program – and it’s bringing with it Project Treble support.

The Honor 7X is a great phone you can get at a great price. It is powered by Huawei’s midrange chipset, the Kirin 659 and supported by 4GB RAM and 64GB internal storage. In addition, you get a trendy FHD+ 18:9 display plus competent cameras. For USD$299, that’s a lot of value for your money. (A 3GB/32GB variant is available for USD$199).

The Honor 7X went to market with Android Nougat 7.0, under Huawei’s EMUI 5.1 skin. Earlier this month, Huawei announced a beta program for owners of the Honor 7X in the United States, India, Germany, Italy, Spain, and France. And yesterday, the company started sending out e-mails to participants in the beta program saying that the beta Oreo update with EMUI 8.0 would roll out starting today, with every user in the beta receiving the update by the end of the week.

The beta program would bring, among others, Android Oreo to the device. Quite interestingly, there would also be Project Treble support that will arrive with the beta. This will open up the device to custom ROM support, as the Honor 7X will probably be able to flash an AOSP generic system image (GSI) without needing a lot of modifications.