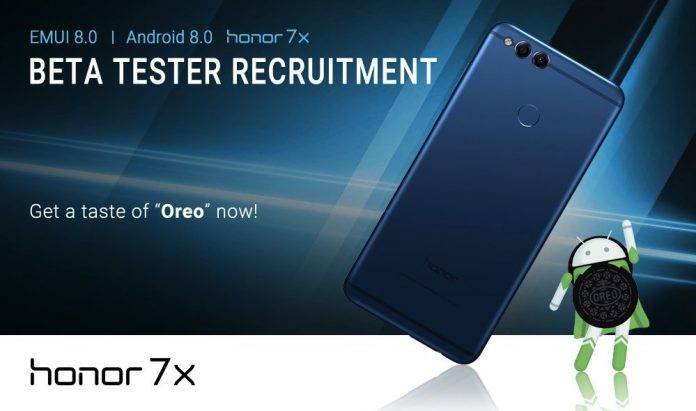 The Huawei Honor 7X phone was first introduced as an Amazon-exclusive offering in India earlier last year. It only reached the United States and Latin America last December 2017. The Android phone was made ready for an update that would be Face unlock and AR Lens. There’s also that red version released for Valentine’s Day. The phone is actually due for another update but this time, it would have to be based on Android Oreo. EMUI 8.0 is ready but still in beta mode. Huawei needs more Honor 7X users to test the updated version so if you happen to own such device, feel free to sign up with Huawei.

As with most Android 8.0 Oreo updates, this one will bring notification channels, picture-in-picture mode, notification dots, Autofill for passwords, Google Play Protect security, and of course, the latest security patch level. A longer battery life and a faster boot up can also be expected. Some of the more common Huawei improvements also include adaptive app icons, snooze notifications from apps, app shortcuts, and high-resolution audio.

Be a Beta Tester by signing-up HERE and finally get a taste of the Oreo. You will need to provide your name, email address, device model, zipcode, IMEI, and serial number.

Interested in beta testing EMUI 8.0 based on @Android Oreo for the #Honor7x ? US residents sign up belowhttps://t.co/1IFAY2WFBG pic.twitter.com/ir1eYTBg84