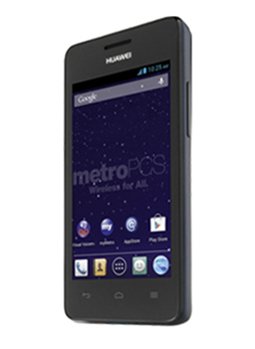 Prepaid mobile service provider MetroPCS has just added the Huawei Valiant to its smartphone offerings. While the Android smartphone is nothing extraordinary, the budget price and freedom from contracts might be tempting to some consumers in the US.

Near the end of July, T-Mobile, who owns MetroPCS, started pushing the carrier’s service into more markets across the country in what many see as a move to outpace rival AT&T. T-Mobile also announced that it will add new smartphones to MetroPCS’ catalog, starting with the LG Optimus F3. MetroPCS is now expanding its roster again with the Huawei Valiant.

The Huawei Valiant offers some very modest hardware and features. It sports a 1.0 Ghz Qualcomm processor, up to 1.9 GB of internal memory expandable to up to 32 GB with a microSD card. It has a 4-inch Gorilla Glass display with an unknown resolution and a 3 megapixel rear camera. It runs Android 4.1 Jelly Bean and carries a 1750 mAh battery which gives it a talk time of 10 hours and 560 hours on standby.

MetroPCS is listing the Valiant with a $79 price tag but is also offering unlimited Talk, Text, and Data plans with $40, $50, and $60 price tiers. All three plans include 4G coverage but would be useless on the Huawei Valiant as it does not support 4G networks.