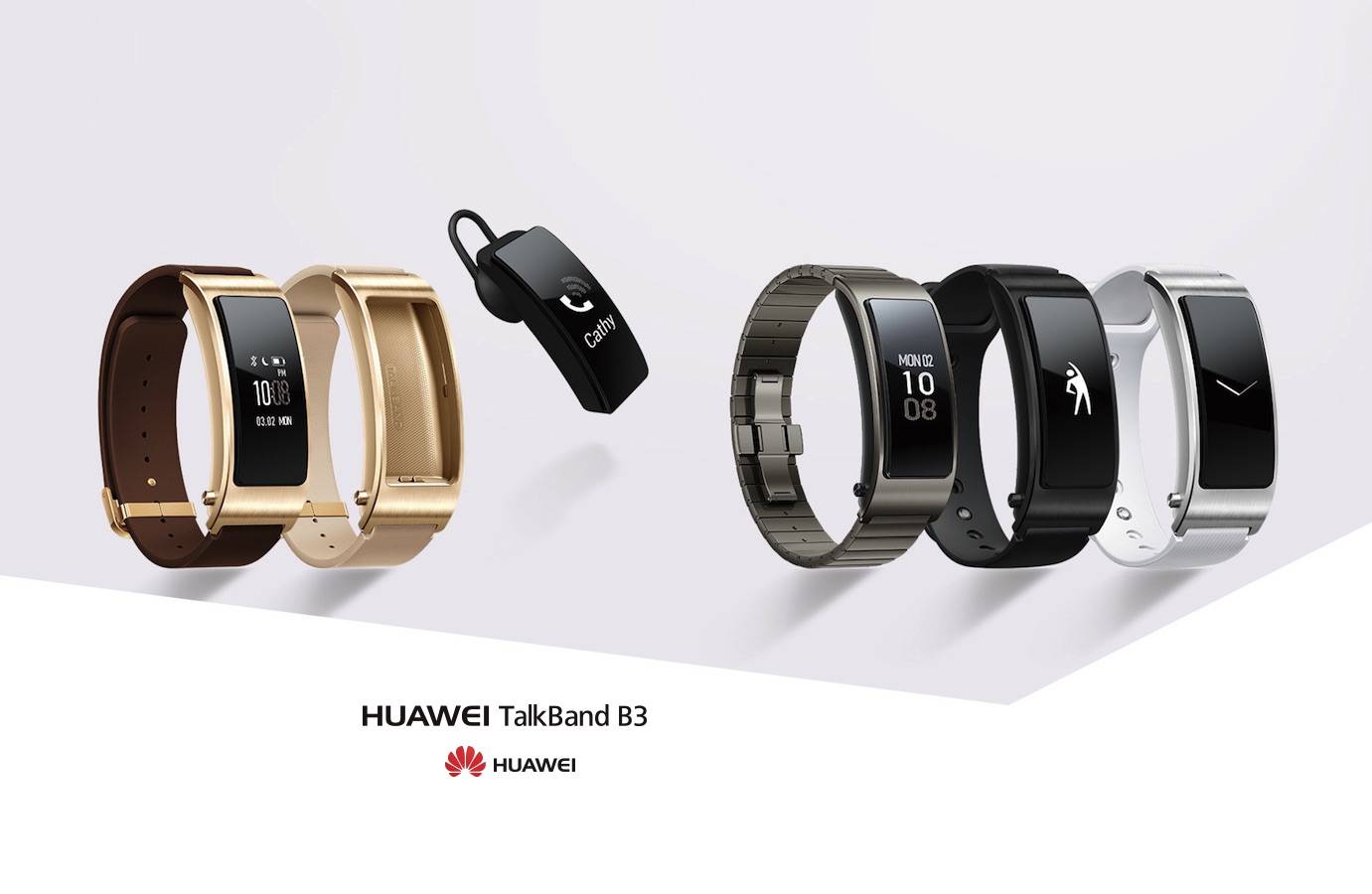 Aside from the highly anticipated P9 and P9 Plus with Leica dual camera lens, Huawei also launched the new Talkband B3. In the past, Huawei would usually announce a new model of the fitness bracelet beginning of each year but it took the company a while to release the TalkBand B3. The wearable device is a smartwatch and fitness tracker in one but is marketed more as the latter. Unlike the gorgeous Huawei Watch,the TalkBand B3 features a bracelet-like design with a 3D-curved PMOLED display.

The small display that is covered by Corning Gorilla Glass has a 128 x 80 resolution. It’s a smartwatch alright but don’t expect a lot of features or apps to run on the device. Display is only monochrome as you can only do basic wearable functions like display messages, time, notifications, alerts, and data.

The Huawei TalkBand B3 is a nice-looking fitness band that can track the number of steps, calories, and sleep patterns. It’s just like any health trackers in the market today but this one can be used to answer incoming calls over Bluetooth connectivity. It comes with a built-in microphone so you don’t have to pick up your phone. Simply press a button to accept a call while you’re doing your thing in the gym.

The Huawei TalkBand B3 is powered by a small 91mAh batt but battery life can last up to a maximum of four days on standard usage or six hours of non-stop talk time. Not much details on other specs but the smartwatch-fitness-band is IP57-certified. That means it can withstand the user’s sweat especially during workout.

Huawei will release the new TalkBand in different styles, colors, materials, and prices. The Active models will be ready in black and white with a 169 euro price tag ($192). The Classic will be released in brown or beige for 199 euros($227) while the Elite set in titanium grey will be more expensive at 249 euros($284). No word when the Huawei TalkBand B3 will be available in which countries.