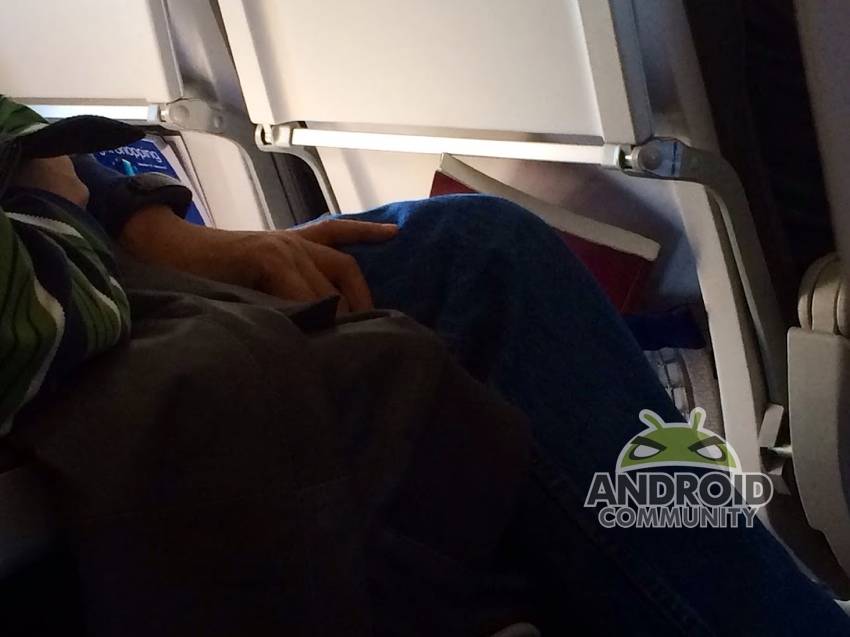 Rumors had been suggesting Huawei was planning to unveil a smartwatch during Mobile World Congress, and while we have yet to see the announcement, we have gotten a brief look at the watch. En route to Spain, Android Community spotted the watch on an unnamed person from Huawei. We weren’t close enough to get a super detailed image, however what we could see does fit in with the image that leaked earlier.

Basically, the Huawei option looks to be more of a fitness band, as opposed to a traditional smartwatch with full display. We are fairly certain we will be hearing more about this from Huawei soon enough, however we did see a bit more in terms of usage. The same unnamed person from Huawei was then seen messing with a phablet/tablet and the watch — seemingly syncing the two devices.

After the original image leak of the Huawei watch there was some talk of it being a prototype model. We had sort of hoped to believe that given the looks, but after seeing the same watch en route to MWC, we aren’t so sure that is the case. Well, that is unless they are planning to show how the watch evolved during the development process. Of course, that wouldn’t explain why it is still being worn and actively used.