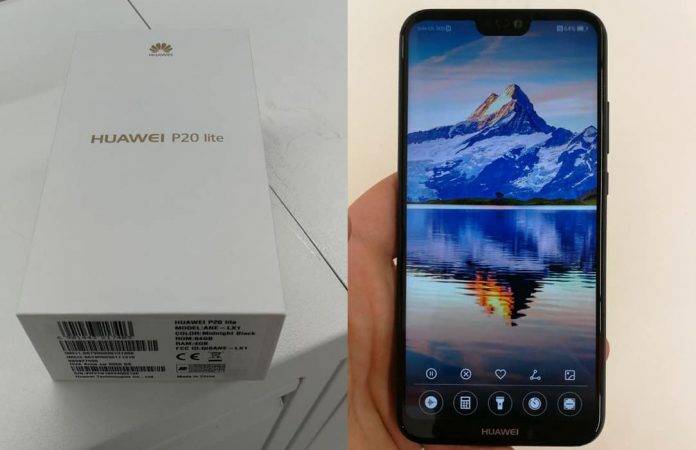 Huawei has not launched its new flagship, the Huawei P20 just yet, but it seems like the midrange variant of the phone has made its way officially to some markets in Europe – particularly in Italy and Poland. Welcome the Huawei P20 Lite which we understand will be called the Huawei Nova 3E in other markets. To convince us that the smartphone has indeed gone official, someone has made an early hands-on video for the phone.

The Huawei P20 Lite is apparently official now in Italy and Poland. The new smartphone is powered by Huawei’s in-house silicon – the Kirin 659, supported by 4GB RAM and 64GB internal storage. The screen resolution is 2280×1080 pixels, in exactly 19:9 aspect ratio. Check out the hands-on video below, which fortunately is in understandable English.

As you can see, the phone has a notch – a seemingly trendy approach to the edge-to-edge screens and displays we see today. The Huawei P20 Lite is no different. The dual camera at the back of the P20 Lite do not have the LEICA branding, and apparently they will not be capable of recording video in 4K. On the software side, EMUI 8.0 is present, based on Android Oreo.

The Huawei P20 Lite seems to be selling at around USD$450 – and we haven’t even seen the standard Huawei P20 and the P20 Pro, all set to launch in a couple of days, if rumors are to be believed.