We’ve always believed it will happen someday: Huawei overtaking Apple in the global smartphone market. What used to be the third largest phone maker in the world is now number 2. It happened despite the Chinese OEM being challenged in the United States. You see, Huawei phones are not freely sold in the country. The company is also being investigated over illegal sales in Iran and due to the government’s fears phones are not secure. Huawei is not giving up on the US market although the company doesn’t really need it.

The US may be a big market but Huawei is already doing well. The latest IDC reports tells us many things that have happened in the second quarter of the year. Rankings have been shaken up. Huawei moves up to second place, beating the Cupertino company.

The International Data Corporation (IDC) is a good source of Worldwide Quarterly Mobile Phone Data. We learned 342 million units of smartphones were sold all over the world in Q2. That is a lot but still saw a 1.8% decline from last year’s 348.2 million, same period.

To review, this is also the third consecutive quarter world mobile market is dropping year-over-year. It doesn’t happen very often but OEMs should take notice.

Samsung is still number one but it may see further challenges especially after its sluggish growth amidst disappointing S9 sales. Meanwhile, Huawei shipped about 54.2 million units or hit 15.8% market share.

In China, Huawei is breaking the record for having the biggest market share with 27% in Q2 2018–the biggest since 2011. The whole Chinese mobile market hit 100 million up from 91 million in Q1. Huawei’s success already includes its sub-brand Honor’s numbers with 27% market share, followed by Oppo, Vivo, and Xiaomi 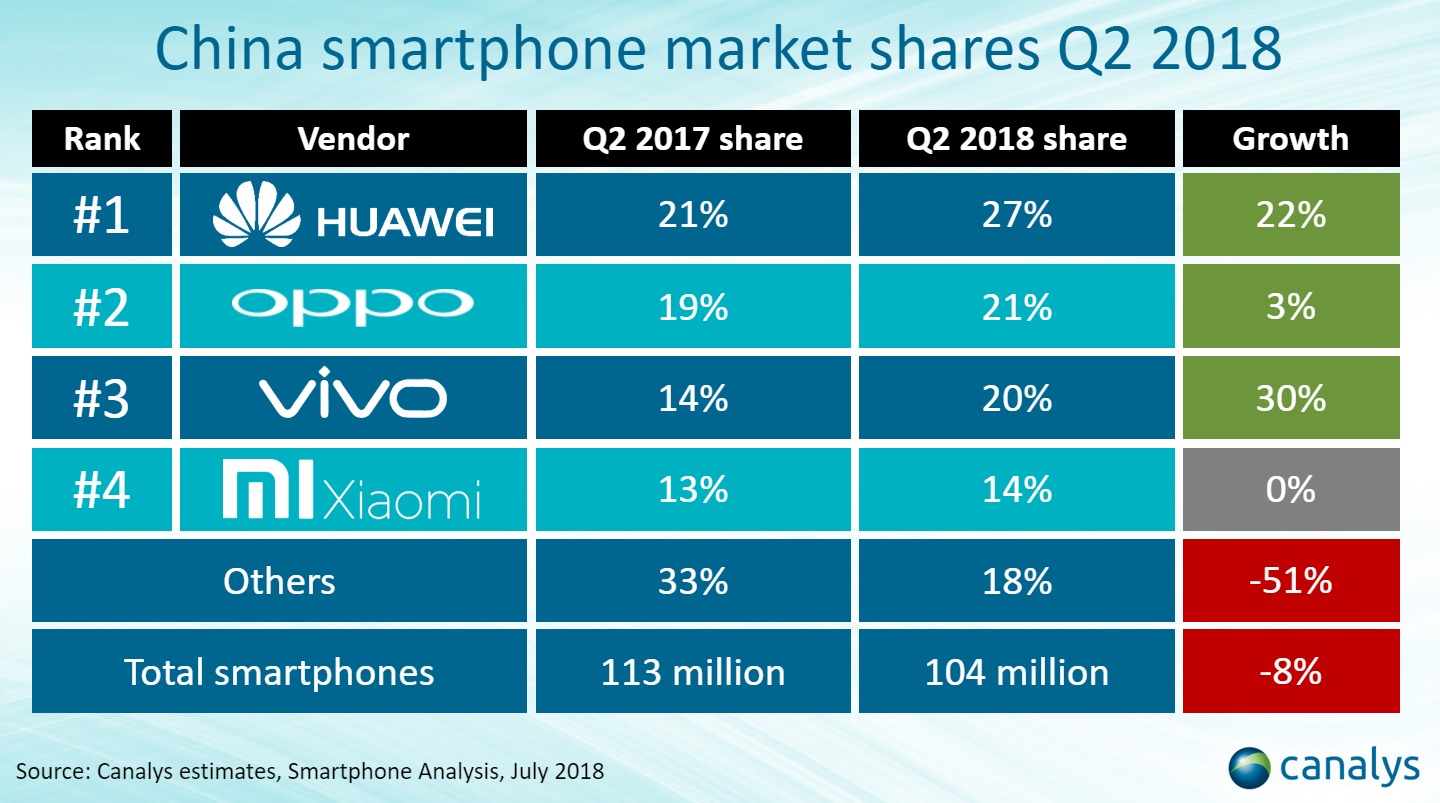 IDC Worldwide Mobile Device Trackers is impressed with the performance of Huawei. Program VP Ryan Reith said, “The continued growth of Huawei is impressive, to say the least, as is its ability to move into markets where, until recently, the brand was largely unknown.”

It is significant to note the combination of Samsung, Huawei, and Apple’s sales comprise much of the mobile market but there have been other big names as well including Xiaomi, OPPO, and Vivo.

IDC research manager Anthony Scarsella had this to say about the results:

“The combination of market saturation, increased smartphone penetration rates, and climbing ASPs continue to dampen the growth of the overall market. Consumers remain willing to pay more for premium offerings in numerous markets and they now expect their device to outlast and outperform previous generations of that device which cost considerably less a few years ago. To contest this slowdown, vendors will need to focus on new innovative features and form factors combined with incentives and promotions to drive growth in many of these highly competitive markets moving forward.”

There will be a slowdown. It’s up to these phone makers to think of new ways and introduce new innovations. We’re expecting Q3 and Q4 will be better since Summer and holiday shopping can be very active. 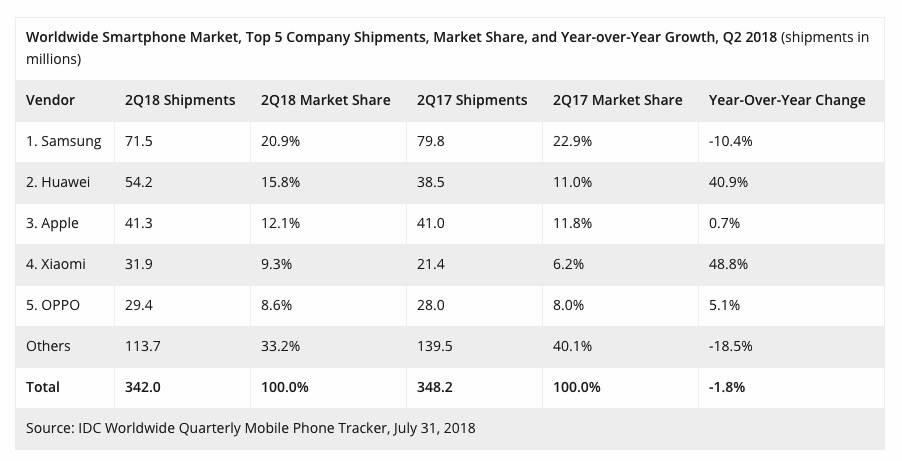