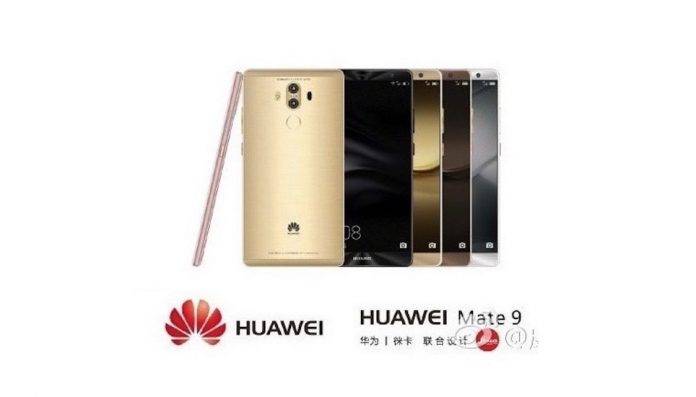 Just a couple more days before November 3 and we’re set to see one of the highly anticipated new offerings by the top Chinese OEM today. The Huawei Mate 9 is scheduled to be announced officially and we’ll finally know if the new Mate really has three variants. So far, we’ve heard that there will be a 4GB RAM with 64GB model, 4GB RAM/128GB storage, and a super premium variant with 6GB RAM and 256GB built-in storage known this early as the Mate 9 Pro.

As usual, leaks won’t stop until the official announcement and another set of information was posted on Weibo. Thanks to our Chinese sources for being so generous with details. Listed on the document are the specs we’ve somehow heard already: 5.9-inch screen, 1440 x 2560 display resolution, octa-core Kirin 960 processor, Mali-G71 MP8 GPU, 4GB or 6GB RAM, and 256GB of flash storage. The rear shooter is a dual-camera system with 20MP and 12MP sensors. There’s also the seemingly now-a-standard fingerprint scanner.

Out of the box, the Huawei Mate 9 and Mate 9 Pri will run Android 7.0 Nougat already so no need to wait for the major software update. When it comes to pricing, expect the new Mate to be expensive at around $700.

The image is not clear but it is readable, that is, if you know Chinese: