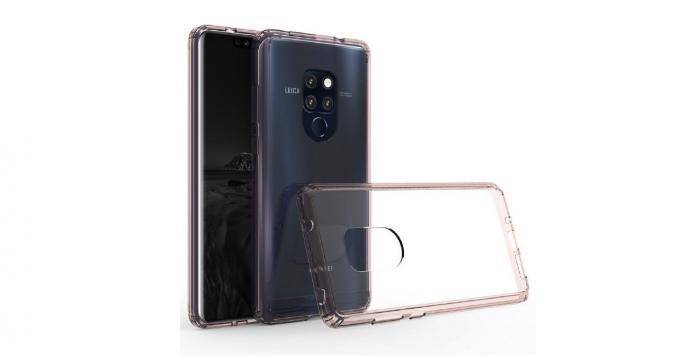 The Huawei Mate 20 series is getting closer but before it happens, Google will unveil the Pixel 3 and Pixel 3 XL phones tomorrow. The Mate 20 has recently popped up on Weibo so we’ve got new images below that show off the triple cameras plus flash arranged in a square orientation. The cameras are placed just above the rear fingerprint sensor. This is different from the images we’ve already seen in the past because an on-screen fingerprint sensor is also expected.

The Mate 20 here could be just the Mate 20 and not Mate 20 Pro. It makes sense because the Pro variant is being hyped to arrived with an on-screen fingerprint display. The presence of the fingerprint reader could mean it’s for a watered-down version instead.

The images also show a clear protective phone case for the Huawei Mate 20. We don’t think this is from a third-party accessory maker but an official one from Huawei.

A Huawei model LYA-L29 was also discovered on Antutu. It’s listed with the following specs: Kirin 980 processor, 6GB RAM, and 128GB onboard storage.

The numbers on the left are for the Huawei Mate 20. The scores on the right are for the Xiaomi Mi 8 with 6GB RAM and 128GB storage. You be the judge. 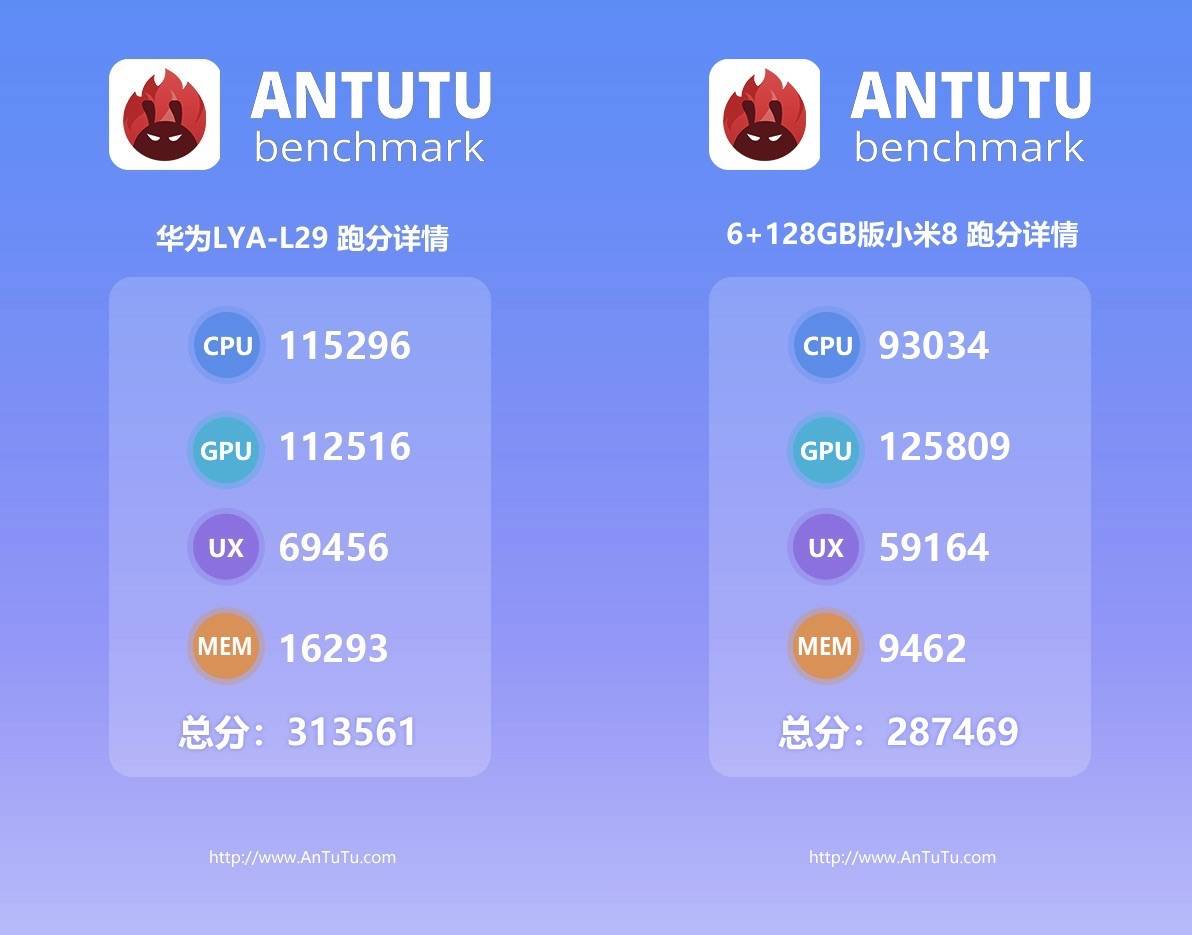