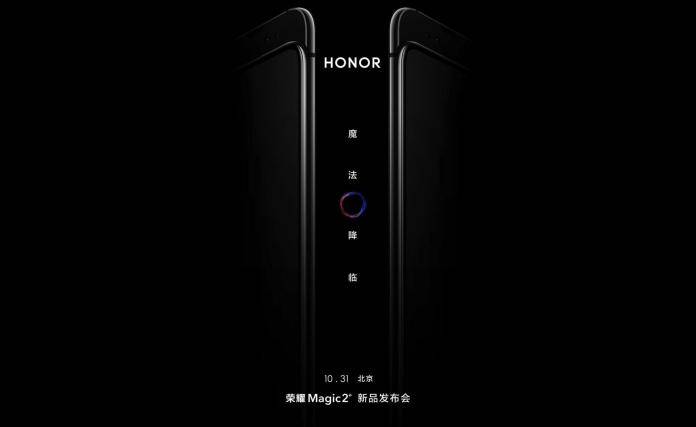 After the Huawei Mate 20, Mate 20 Pro, Mate 20X, and that Huawei Watch GT, expect Huawei to roll out another smartphone but later this month. The Honor Magic 2 will also be unveiled on October 31 according to this teaser posted on Weibo. We’re not strangers to the Honor Magic line. We already know it will have Kirin 980 processor, super slim bezels, 40W Magic Charge feature, and a slide-out selfie camera. The phone was already announced at the IFA 2018 but the device hasn’t reached the market yet.

The phone may also be faster and cooler like the Mate 20X with the Kirin 980 processor. The AMOLED display will be larger so expect a bigger screen real estate. We’re not sure about an on-screen fingerprint sensor because there’s still that round fingerprint reader on a previous image.

We can expect this device to give focus on AI. Perhaps this too will boast a ‘Higher Intelligence‘ just like the upcoming Huawei Mate 20 phones. What do you think?