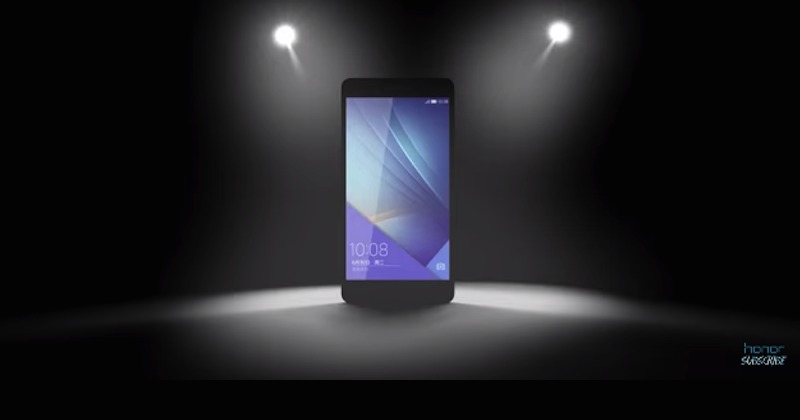 The month of June ended with Huawei launching the Honor 7. The company’s latest flagship phone were quickly sold out. Within 12 hours, the Chinese manufacturer received two million pre-orders. That’s about 200,000 units per hour and 9 million after one week. It’s such an impressive milestone by Huawei and so the next question a lot of people are asking now is if the phone’s coming to Europe. You guessed it right. The answer is a big ‘Yes’.

Not that we ever doubted the smartphone is arriving in the region. We just wanted to know when exactly or at least the time frame and now we have information. Thanks to a special ad published by Huawei in its official YouTube channel. Huawei even boasted that the new Honor 7 was sold out within two minutes. That’s really an impressive feat for a high-powered handset. Making the phone a winner is the fact that it’s affordable. You see, Huawei is now known to release “high-specced” gadgets with such pocket-friendly prices. Good deal for avid Huawei fans.

In this video, Huawei says this Honor 7 phone is only for the brave. That’s very courageous of the company but there is truth to it somehow. Why, the phone is packed in a unibody metal design and comes equipped with the following: 5.2-inch Full HD (1080P) display screen, Huawei’s very own Kirin 935 chipset, 3GB RAM, Mali-T628 GPU, a 20 megapixel main cam with Phase Detection auto-focus, Cat 6 LTE speeds, 16GB built-in storage, Single or Dual SIM support, 3G or 4G/LTE connectivity, and a fingerprint sensor.

The entry-level 16GB single SIM Huawei Honor 7 with LTE starts at $320 while the 16GB dual-SIM + LTE model costs a bit more at $355. That’s still under $400 so it can still be considered affordable for a great Android smartphone from a reputable brand. If you want to get the 64GB model, be ready shell out at least $400–still not bad. I’d like to think the low price points plus high specs make the Huawei Honor 7 a really good buy.

No specific details on European pricing yet but we’ll let you know soon. Prices shouldn’t differ much from the previously announced retail prices too so let’s just wait and see.