The future has arrived. That’s what most brands that have launched new products at the IFA 2019 are saying. We don’t disagree and we actually look forward to more related announcements and experiences. As promised, Huawei launched the new Kirin 990 chipset at the IFA 2019. It was first mentioned as able to support 4K 60fps video recording and then we learned it would already integrate 5G. What we didn’t know was that a standard version is also available but only with 4G LTE.

The Huawei Kirin 990 (5G) can be considered as the first real 5G SoC in the world today. There are 5G modems but they are separate from the main chipset. What it offers is 5G connectivity where such is allowed. It will greatly help a lot of smartphones that will run on the new processor.

This processor from Huawei-HiSilicon is expected to enhance 5G experience in the new era of 5G. This is the first year 5G is going commercial so there is a need for all things 5G. After carriers have worked on their 5G networks, expect OEMs to support 5G. And for 5G to supported, phones need components that work. 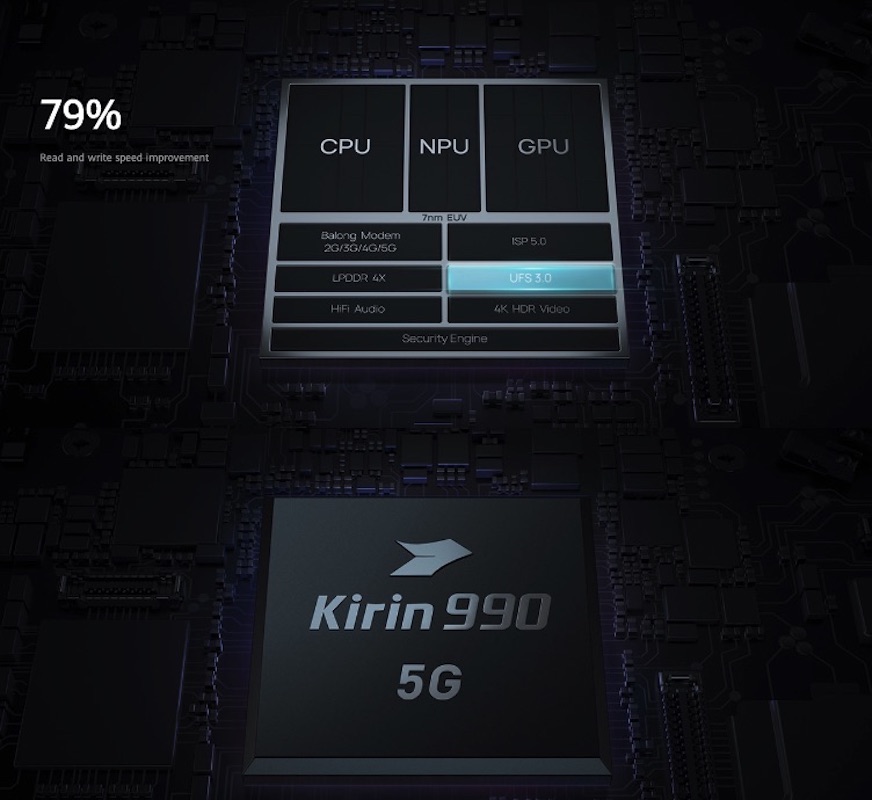 The 5G variant of the Kirin 990 “has been fully upgraded in terms of performance and power efficiency, AI computing, and ISP, extending mobile phone experiences to a new level” according to Huawei’s Consumer Business Group CEO Ricard Yu. As per Huawei, the processor can reach an upload rate of 1.25Gbit/s and download rate of 2.3Gbit/s. Those are the peak numbers so imagine the possibilities.

Neural processing (NPU) is also a special feature as made possible by the dual-core Da Vinci NPU. This part covers computing and app performance. On the other hand, there is the CPU with 16-core Mali-G76 GPU and ISP 5.0 to enhance camera performance.

Huawei HiSilicon Kirin 990 still uses the Balong 5000 modem for 5G connectivity. The chipset is produced with a 7nm+ EUV process. It comes with the integrated 5G modem so there is more space saved.