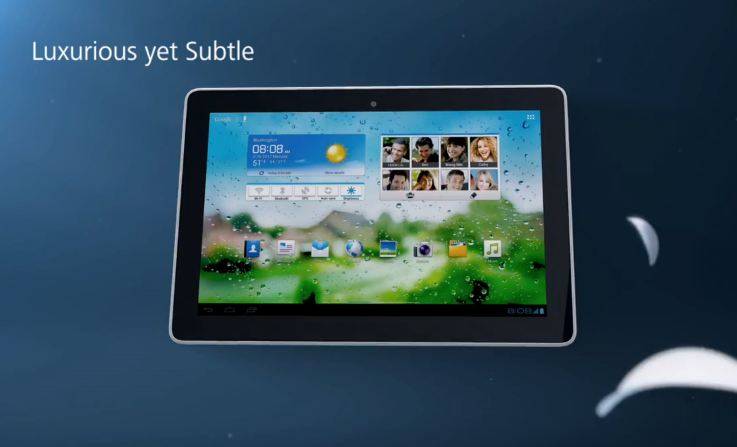 We’re no strangers to promotional videos for feature-rich tablets, but this new video for Huawei‘s MediaPad 10 FHD tablet might just take the cake. Not only is the MediaPad 10 itself something to get excited about, but there’s just something about its new promotional video that leaves us feeling at peace. Perhaps it’s the soothing background music or the serene images of flower petals floating in the wind. Then again, it may be that 10.1-inch 1920 x 1200 IPS LCD display. Whatever it is, it’s totally working.

In addition to the excellent-looking display, the MediaPad 10 also features an 8-megapixel auto focus camera complete with dual LED fill-flash. The tablet comes with Android 4.0 Ice Cream Sandwich installed, with the ability to connect it to a keyboard and turn it into a touchscreen laptop if you so desire. Also included is a quad-core CPU that’s made in-house along with a 16-core GPU, which should combine to make gaming a little more manageable than it is on other tablets. Take a look at the promotional video for more information on the MediaPad 10’s bevy of features:

Sadly, we don’t have a solid release date for this bad boy just yet, but Huawei says that it should be available in late August. It’s unclear if that’s the window for the international release, however, so we’re going to have to wait until the company spills more details to find out. Still, the launch is coming up pretty quickly here, so be sure to check out Android Community’s hands-on with the MediaPad 10 to get up-to-speed!