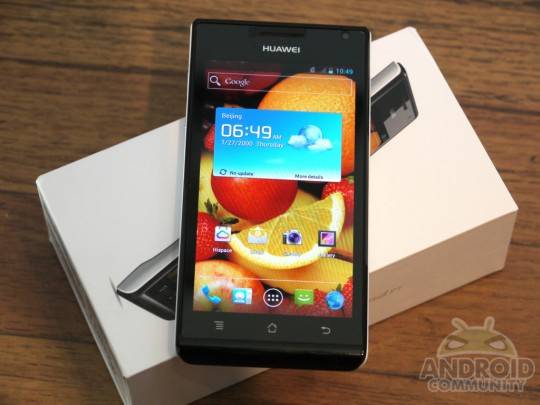 The Huawei Ascend P1 is not the newest smartphone on the block. In fact, we unboxed the device way back in May of last year. But bringing this back to the present day, Huawei has just announced the US availability of the Ascend P1 — something that up until now was unavailable unless you were willing to go through an importer.

That being said, the Ascend P1 is available with one retailer — Amazon. The handset is priced at $449.99. And while that may sound on the high-side, take some comfort in knowing that is a contract-free price. Moving over to the carrier support and users would be able look towards T-Mobile or AT&T. Or alternatively, look towards Straight Talk.

The one catch here, while the Ascend P1 is available here in the US, it did not bring any support for US LTE. Simply put, those picking up an Ascend P1 will be using 3G for their wireless connectivity. Otherwise, the Ascend P1 features include a 4.3-inch Super AMOLED display, a dual-core 1.5GHz processor, 1GB of RAM, 4GB of internal storage, a microSD card slot and 8 megapixel rear-facing camera.

Other specs include a 1670 mAh battery, Wi-Fi, Bluetooth 3.0 and Android 4.0 Ice Cream Sandwich. The Ascend P1 also has 5.1 Dolby Surround Sound and measures in as one of the thinnest handsets on the market — at 7.69mm. All said and done, the Ascend P1 may not be the newest device on the market, however it somehow seems good that Huawei has released it in the US. But maybe next time, they will have the handset available closer to actual release.