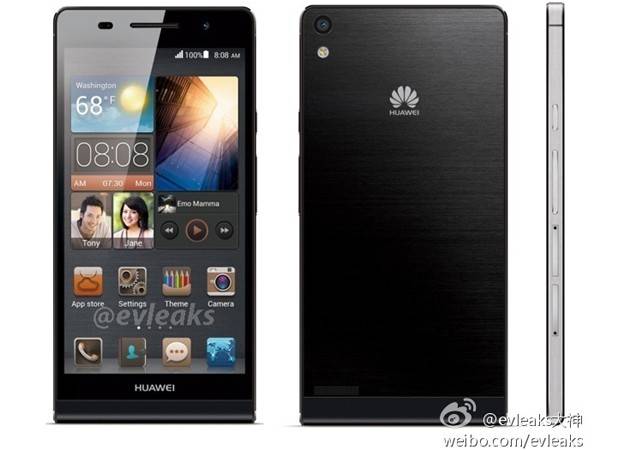 There has been a handful of Huawei P6 leaks in recent history, most of which were touching on the thinness of the handset. One of the more recent leaks arrived earlier this month and included a few images of the device. These were in-the-wild style images and while not perfectly crisp and clear, they were enough to provide a decent look. That being said, it looks like the official press renders have since surfaced.

These press renders are offering a look at the front and back as well as the side profile. And well, what can be said — they seem to match up nicely with those earlier images. Not to mention, the Huawei P6 appears to be sporting a solid clean looking design. There wasn’t that much revealed along with those pics though.

We can see the front of the handset and the Emotion user interface on the display, but otherwise, it appears as if we are still waiting to see a full and final spec list. That bit may still leak, however Huawei does have a press event scheduled. That event is set for June 18th and it will be taking place in London. 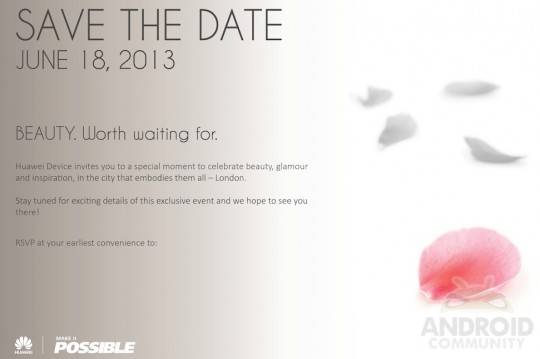 The event is dubbed the ‘Beauty’ event and has Huawei teasing about how that is “worth waiting for.” Basically, taking these leaks and combining them with the knowledge of the upcoming event and it looks like all we need now is the official word. We are a bit curious as to where the Ascend P6 will come available, however this one will likely not make its way to the US.

Otherwise, looking back to some of those earlier rumors and we have a handset that is expected to arrive with a 4.7-inch display at 1280 x 720, quad-core 1.5GHz processor, 2GB of RAM, 32GB of internal storage, a 5 megapixel rear-facing camera and Android 4.1.2 Jelly Bean. As for that thickness, or in this case the thinness, the Ascend P6 should measure in at 6.18mm.