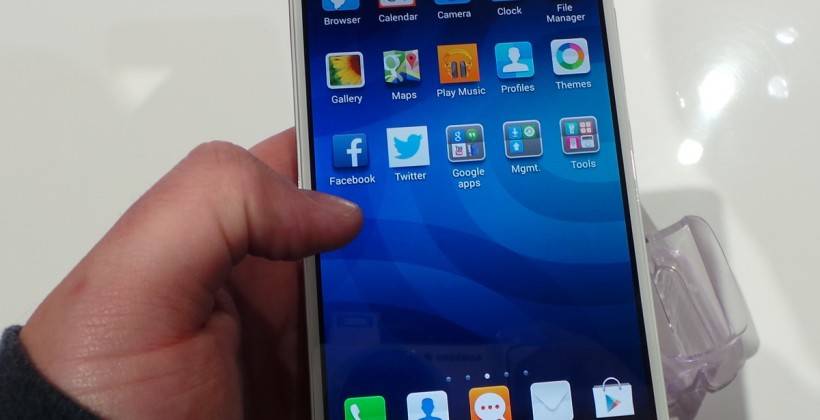 Huawei has released another handset for those in the US market. The device is one we first saw back in January, during CES, the Ascend Mate2 4G LTE. Pre-orders will be available through the GetHuawei.com website and those interested should be prepared to shell out $299.

The device is selling unlocked and contract-free, which is really just another way of saying you’ll need to buy the handset and then grab an activated SIM card. The handset supports GSM 850/900/1800/1900 and LTE on bands 2,4,5 and 17. Or put a bit simpler, you should be looking towards AT&T and/or T-Mobile as opposed to Sprint and/or Verizon Wireless.

Specs include a 6.1-inch display with a resolution of 1280 x 720. The Ascend Mate2 is powered by a Qualcomm MSM8928 processor and has 2GB of RAM, 16GB of internal storage and a memory card slot that supports cards up to 32GB in size. There is also a 3900 mAh battery, 5MP front-facing camera and 13MP rear-facing camera.

Huawei has the Ascend Mate2 running Android 4.3 with the EMUI 2.0 Lite interface on top. There is also the option to grab the handset in white or black. Bottom line here, Huawei has launched the GetHuawei.com website and made the Ascend Mate2 4G LTE available for those in the US market.

To make this more of a tempting offer, Huawei is offering a few freebies for those who pre-order before June 22.

“For the launch of the Ascend Mate2, consumers who pre-order a device between now and June 22 will receive a SIM card with a free month of service and an additional bonus – a phone case to protect their Ascend Mate2. In addition to the SIM card and phone case, consumers purchasing an Ascend Mate2 will also receive lifetime 20GB of online storage free from Bitcasa.”