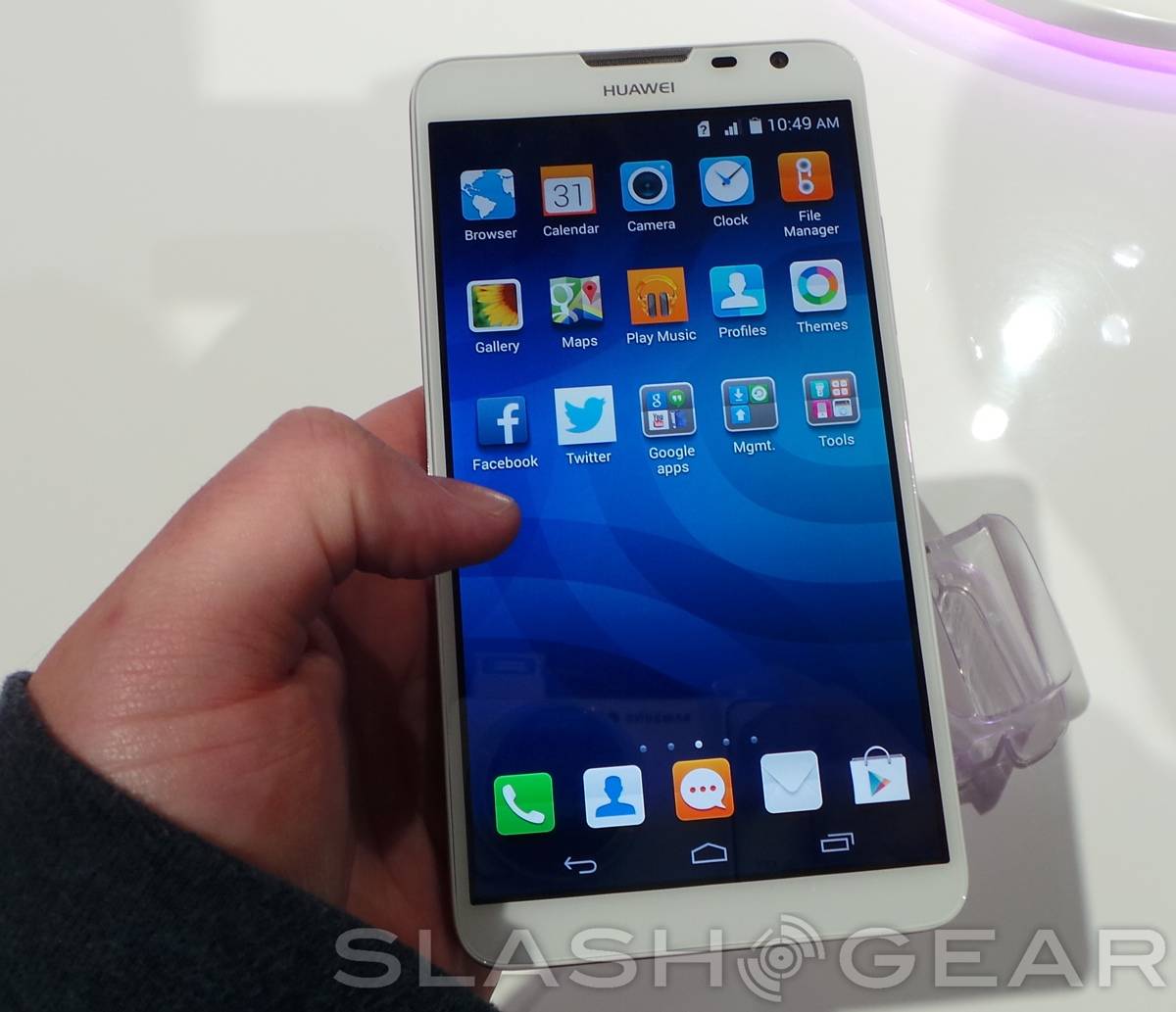 At CES 2014, Huawei brought out their Ascend Mate 2. The followup to last year’s Ascend Mate, we expected the newest big smartphone from Huawei to slim down while it upgraded its specs. What we didn’t expect was the litany of features we get, as well as one really interesting feature that almost encourages you to shame your current device.

The Ascend Mate 2 is a touch slimmer than the original, which Huawei notes is important for one handed use. In our hands-on with the device, we found that to be accurate. Surprisingly, even with a 6.1-inch screen, the Huawei was pleasant to use with one hand. Even their cover, which copies those from LG and Samsung with a preview window, was designed with one-handed use in mind. The preview window is vertical rather than horizontal, lending itself to holding and doing things like dismissing messages or answering calls without stretching.

The camera ensemble was also impressive, with a 5MP front/13MP rear duo. The front shooter was noted again and again as a selfie-taker, and Huawei has built some interesting features into the phone to accomplish that. A preview window lets you know when you look your best, and an f2.4 aperture bests the f2.0 on the rear camera. There is also a panorama selfie mode, so you can capture yourself in the moment. The rear shooter was touted as having a macro mode, which we really liked. 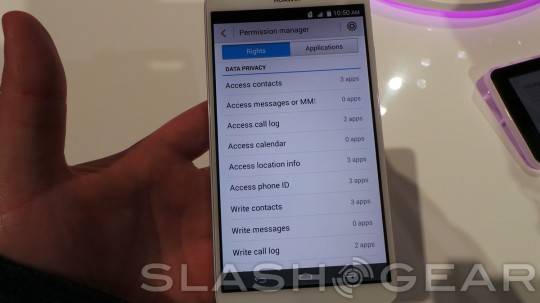 Of course with such a big device, we concern ourselves with battery life. Not to fear, Huawei fans. The Ascend Mate 2 has a massive 4,500mAh battery, and the company notes a ton of software improvements meant to make your battery last. With Permission Manager, you can control background apps while the device is sleeping or awake, and even control which get access in general. Don’t use a messenger much? Great, just disable it. Addicted to Facebook? Let it be front and center, all the time. If that weren’t enough, Huawei notes the screen is made of a poly silicon, and is up to 30% more power efficient than others.

Between a massive battery and software innovations, Huawei was quick to point out their Ascend Mate 2 would last up to 3.5 days with normal use, and nearly two days with heavier use. Though a giant smartphone, and one we expected would have a big battery, we’ve not seen any that can last that long on a single charge, normal use or otherwise. Hopefully we get the chance to put the Ascend Mate 2 through its paces in that department soon. 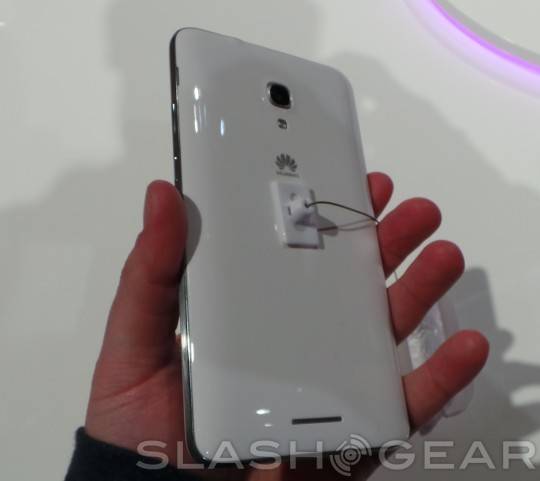 In hand, the Ascend Mate 2 felt light and solid, and the screen was bright and a pleasure to lay eyes on. The curved back was a bit slippery, but it wasn’t obtrusive or out of line. The Qualcomm processor kept everything running smoothly, with apps launching easily and touch capacity remaining responsive even during heavier use. While we doubted the one-handed use-case scenario being easy, it really was. Navigating with one hand was easy, even without the keyboard docking or other tweaks Huawei mentioned.

Overall, we’re pretty impressed. Between the sturdy build and pleasant screen, there is one more neat feature Huawei built in. Their reverse charging capability lets you charge other devices. Though their CEO Richard Yu laughed that you wouldn’t want another device, they are subtly shaming your sad battery life anyway.