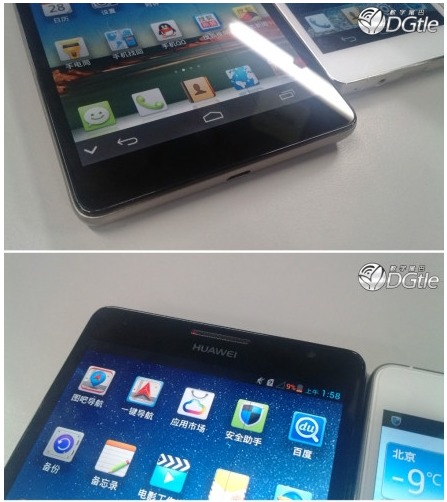 After the initial reports went around that Huawei was preparing a massive 6.1-inch smartphone to be called the Ascend Mate we weren’t sure what to think. Then after a few leaks it was spotted and revealed late last week by one of Huawei’s own execs. Today however we’re getting another look at this massive smartphone that’s gearing up to take on the Note II.

Yup, Huawei has a 6.1-inch 1080p quad-core smartphone headed to the market soon. After seeing a few benchmarks leak here and there we’ve been waiting to see this beast, and now it’s leaking all over the place. The new images today have leaked courtesy of MyDrivers, and shows that nice little curved unibody design. 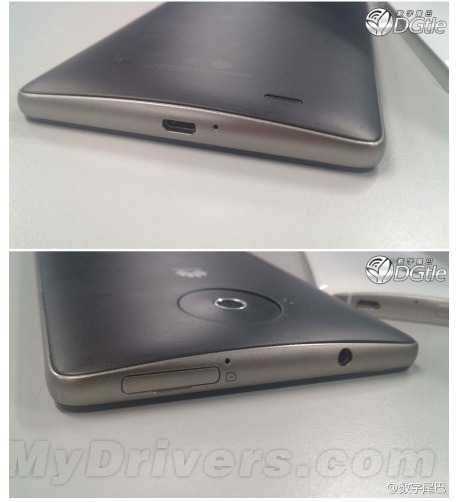 Looking at the curved back it might not sit to flush with a table or surface, so might be best for hand usage only. Pretty interesting design choice for such a large smartphone. Either way this 1.8 GHz quad-core smartphone is still looking good compared to something like the Note II as far as competition is concerned.

Along with a 4,000 mAh battery and Android 4.1 Jelly Bean under the hood the Huawei Ascend Mate looks to bring some serious power to the smartphone market, at least for China. We can expect to see plenty more of this, and the rest of Huawei’s lineup in just a few weeks at CES in Las Vegas. We’ll be sure to get some hands-on time with the Ascend Mate so stay tuned.