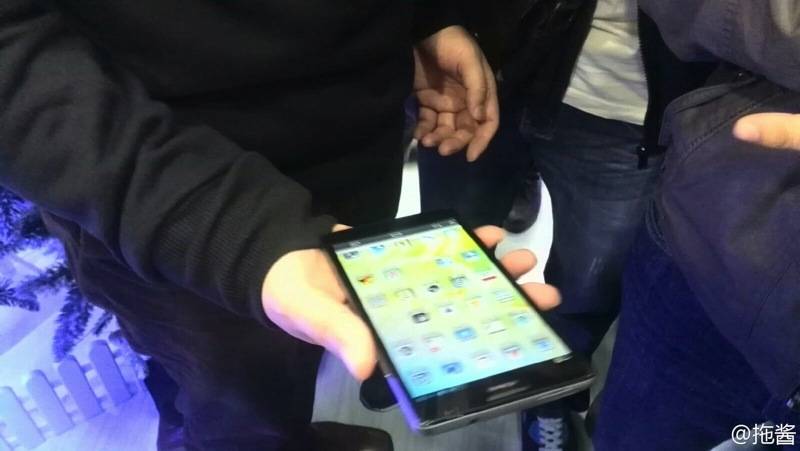 Huawei‘s big reveal for CES 2013, most likely the Ascend Mate 6.1-inch 1080p smartphone, is getting shown off a few weeks early this holiday weekend by none other than one of their own Execs. We’ve mentioned the Ascend Mate more than a few times already, but today’s reveal makes it completely official. Read on for more details on this larger than life smartphone.

We’ve said it before and we’ll say it again. How big is too big? Huawei doesn’t feel a 6.1-inch smartphone is too big. And neither does Samsung with rumors of their 6.3-inch phone coming mid next year. However, this is all about Huawei. Today one of their big wig execs was out and about at a Huawei store in China and left little to the imagination after showing off the new smartphone.

The Ascend Mate has been confirmed to be rocking a 6.1-inch low power IPS display with a 1080p HD resolution. Under the hood is Huawei’s own 1.8 GHz quad-core HiSilicon K3V3 processor, 2GB of RAM and all those other top tier specs we have all come to lust for. Other details include Android 4.1 Jelly Bean and a massive 4,000 mAh battery. Other than that, little other details were given according to reports by Weibo.

For those interested, the entire moment was captured on video live from the Huawei store and above is that video. Give it a look to see this extra large phablet smartphone in the flesh. The device is slightly thicker than the Note II, but certainly a lot bigger. We’ll be learning all the details and getting some hands-on with this smartphone early next year at CES 2013 so stay tuned.