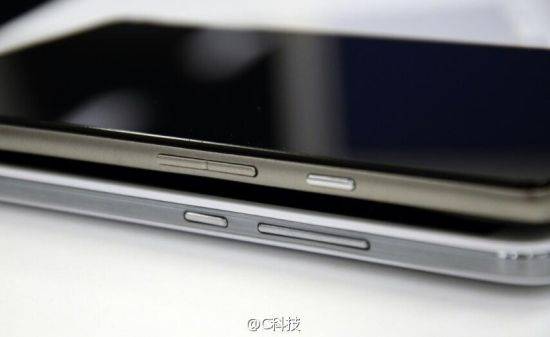 This isn’t the first time we have seen images of the Huawei Ascend Mate 2. And looking forward, it seems likely that more will follow. For now though, this latest series of Ascend Mate 2 images have surfaced out of China. Specifically, these images come courtesy of a pair of Chinese language Weibo pages.

Unlike the last leak, we aren’t seeing a full shot of the handset this time around. These pics, while clear are only offering partial views. The handset is shown in white, and appears to be sporting a curved design. The camera lens, flash and Huawei logo on the back all appear to be in the same places as we saw on the images that surfaced back in November. 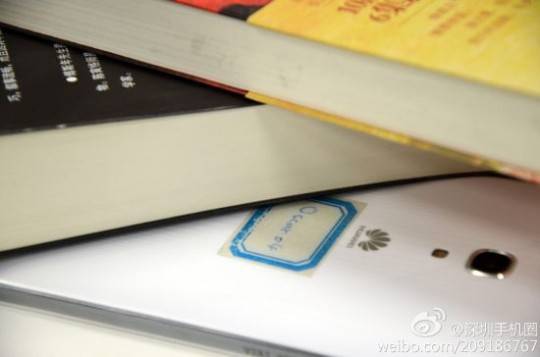 Similar to looking towards leaks for images of the Huawei Ascend Mate 2, we are still looking towards rumors for details on the specs. These have yet to be confirmed by anyone at Huawei, however it does look like the Ascend Mate 2 will arrive with a 6.1-inch display. Details coming from a TENNA filing pinpointed the display as being 720p.

In addition, the handset is expected to be powered by a quad-core 1.6GHz HiSilicon Kirin 910 processor with 2GB of RAM and Mali 450 graphics. Earlier leaks have also tipped the handset as having a 13 megapixel rear-facing camera with 16GB of internal storage and Android 4.2.2. 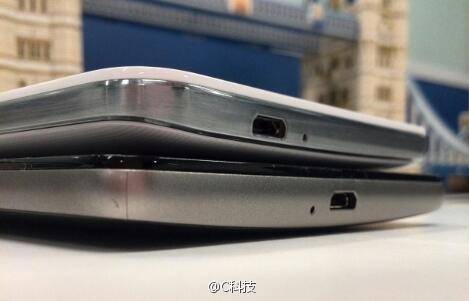 We would hope to see a bit of a bump in terms of Android before a launch, but for now the Ascend Mate 2 appears to be similar to the original. In comparison, the Ascend Mate sports a 6.1-inch 720p display and is powered by a 1.5Ghz Cortex-A9 HiSilicon K3V2 processor. While all the Ascend Mate 2 specs are still rumor, there is a bit of hope for the display in that we have seen reports suggesting 720p and 1080p.

VIA: G For Games