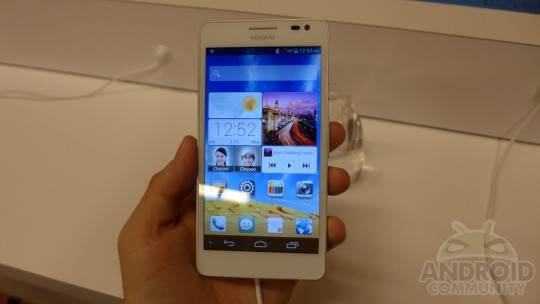 The video details how some CNC machining, welding, and laser cutting ends up being a rather nice looking smartphone. Of course, those are just a few of the processes. In fact, Huawei notes that it takes 116 processes to make the Ascend D2. Some of the others include laser distance measuring, drawing texture, stamping, polishing buffing, insert molding, shot-blast and lots of other fancy sounding items.

After seeing this video and learning that it took 116 processes in total, we now understand why Huawei seemed to focus on how much work and effort went into the design, and into each of these handsets. Otherwise, aside from the manufacturing process, we had already mentioned the 5-inch 1920 x 1080 display, quad-core processor, 2GB of RAM, 32GB of internal storage and Jelly Bean.

And those are just a few of the decent specs on this device. In fact, it seems that one bit we are waiting (maybe hoping) to see is the release schedule. So far we Huawei has only said the handset will be available in China this month and then arrive in Japan at some point “in the future.” Otherwise, no mention of a global release.