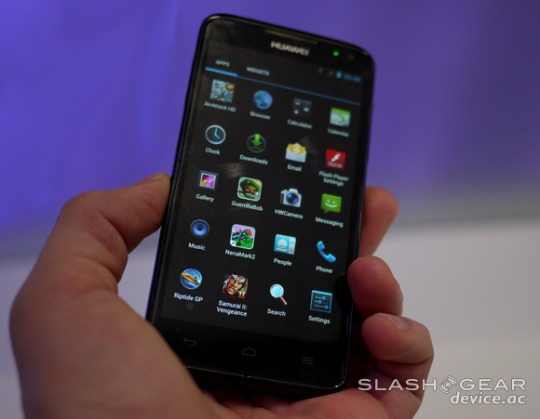 Huawei have been aiming for higher grounds as of late, and at Mobile World Congress they showed off their new quad-core powered Ascend D Quad smartphone running Android 4.0 Ice Cream Sandwich. Today we’ve learned they are starting production soon and will begin shipping the powerhouse smartphone in July.

According to CNMO they’ll be starting product first thing this June and will be ready to ship their first quad-core phone, that also is running on their own in-house silicon starting in July. Seeing the phone in the flesh at Mobile World Congress in early February we were hoping for a much sooner launch, possibly in April to contend with the HTC One X but that wont be happening.

Being three months later in July most likely the quad-core Galaxy S III will already be available too, giving Huawei a late start to an already tight and competitive market. They’ve not had the best hardware in recent years and are trying to take things to the next level. If they want to truly compete they’ll need to be faster to the punch. The Ascend D Quad features a 4.5-inch 720p HD IPS display, Android 4.0 Ice Cream Sandwich, 8 megapixel camera, is amazingly thin, and comes with their own 1.2 GHz quad-core processor and 1GB of RAM. Recent benchmark leaks put the Huawei quad-core processor ahead of everything on the market, including the Tegra 3.

As the launch date appears I’m sure we will be hearing and seeing more from Huawei. I for one am excited to see how they do with this next-level product.